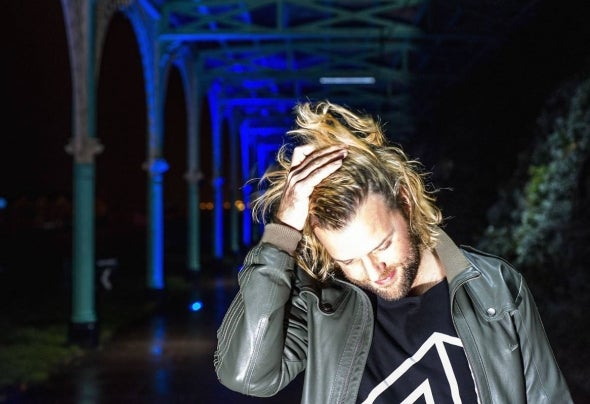 Enigmatic and passionate Electronic Producer, DJ, Live Artist, Vocalist and Keyboard player, Thomas Gandey has gained an international cult status having released an abundance of electro futurisms, electronic tales of musical bliss, vintage synth led cosmic voyages and of course his trademark blue eyed electronic soul. With latest releases on Innervisions, Kompakt & Decca, his output has scored loyal supporters the world over, having all the while enjoyed a triumphant career as an international DJ and Live Artist, holding residencies at Space Ibiza, Razzmatazz and Womb in Tokyo, to mention a few, amassing a seasoned 1200 shows the world over. First discovered under his Cagedbaby guise, his debut album ‘Will See you Now’ was released to international critical acclaim. An ardent and knowledgeable purveyor of analogue synthesizers and thanks to his classically trained musical background, Thomas is one of the very few vintage tech collectors in dance music who can truly maximise the sonic potential of these treasures. Thomas often collaborates with Berlin’s Radio Slave, notably as Matom, with the pair having released their debut album on Carl Craigs ‘Planet E’. The release lead to a string of live shows and festivals including the Berghain, and numerous Red Bull showcase across Europe. The pair also release techno together under the moniker ‘Last Communication’ gaining the DJ Mag award for best remix with ‘Lets Prance’ on Crosstown Rebels. Another significant collaboration of note is that alongside Psychemagik -‘Ghost Vision’. With releases on KOMPAKT and Pinchy & Friends, these early releases have led to Ghost Vision being regarded as one of the most hotly tipped Psychedelic dreamscape acts of today. Working alongside ‘The Young Punx’ he released the hit single ‘Loving you baby” with a follow up ‘Blue Sky Sunshine’ in June 2019. The fun loving collective is now known as the ‘The Tribe of Good’, and is currently signed to the USA’s Ultra Music.