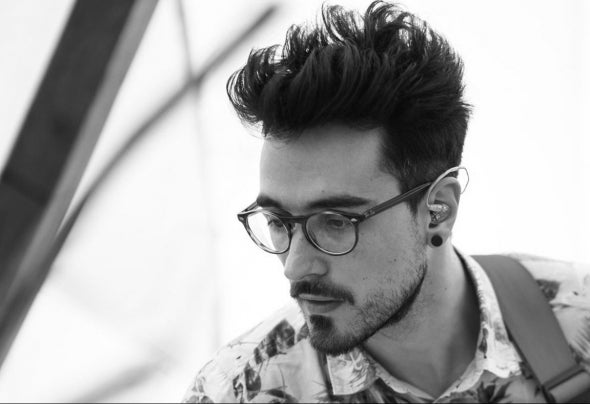 thds is a Belgian-Portuguese composer and multi-instrumentalist. His live performances contrast with traditional electronic live acts due to the use of acoustic instruments on stage: voice, guitar, keys, ute & percussions. Raoul, aka ‘thds’, started experimenting with music composition when he was given a keyboard/music workstation by his uncle at the age of 6. Later joining bands and discovering several genres and instruments, his interest in mindfulness progressively oriented him into a search of a deeper and more meaningful music : thds. Also, growing up in an isolated Jesuit forest school, he developed a close connection to nature, expressed in an optimistic, kind- hearted and reective temper. Therefore, he decided to leave the city and install thds’ recording studio at the edge of a forest, by a river, while commuting to Brussels to work on contemporary dance and pay the rent. The project started in spring 2017 and progressively gained international interest with releases tinged with his bittersweet vocal harmonies, warm melodies and eclectic grooves. Being inuenced by his cultural roots and interest in nature and humanities, thds blends ethnic instruments and acoustic elements in a chill, organic and introspective electronic music.