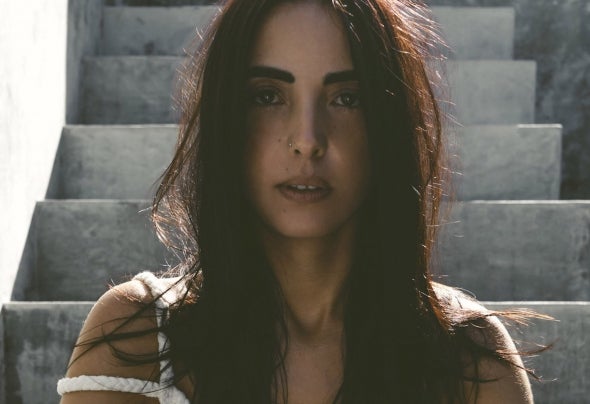 Nour emerged as a consummate and inimitable stage iden- tity first in Tulum, her near permanent base; then on the in- ternational scene —through her involvement with a number of outstanding and paradigmatic projects.Papaya Playa Project in Tulum (Mexico) is one such, a Caribbean brainchild of legendary Bar25/Kater Holzig. One of a kind venue, through ecstatic, it has allegedly kick-started the development of the entire area making the small town one of the most desirable destinations in the world. nour held residency at the ppp beach club for three seasons, from 2012 until 2015, considered the Golden Years of the project, and has been dropping her periodic guest mixes there ever since. The year 2015 also saw her full-time and in different capacities involved in kicking off Scorpios, a brand new beach club in Mykonos, Greece – but primarily so as a resident DJ sharing the stage with the likes of NU, Acid Pauli, Damian Lazarus, and Bedouin. 2017 marked a new phase in the development of her talent with nour embarking on the sonic journey in the field of production, music anthropology, sound therapy and crisscross creativity. Her collaboration with Lamat Uuc has resulted in the release of her first ep imprinted on Talavera Records containing a number of original tracks and remixes which reveal nour’s interest expanding to embrace the traditional Arabic harmonies and brainwave meditation frequencies.nour’s credo has consistently been deep house. Now elaborated with her native patterns of the Orient and vibed yet deeper to reverberate with the subconscious, it’s the kind of house which makes so many more in her audience feel being in the right place at the right time. Who does not love it deep and their journeys distant..