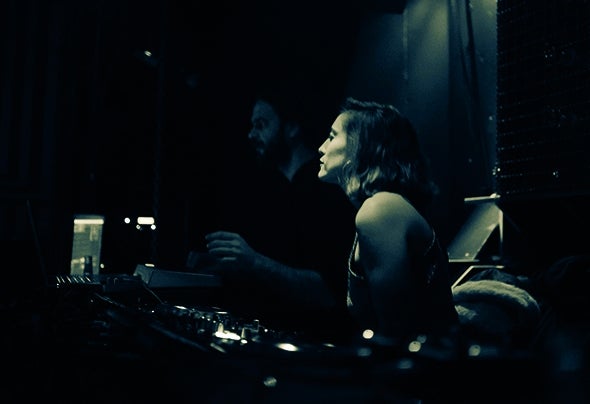 Some of humanities most ancient pleasures are often experienced on a deeper level when done slowly: Eating. Thinking. Making love. Bearing that in mind, it makes nothing but sense that with around 10 bpm less than the common club sound, the music of She Knows is all but average. Once the dancer stops rushing it and truly allows him- or herself to listen and actually sink into the soft yet powerful voice of Teresa Tomás and the melting synthesizers of Marcel Dadalto who form the duo, he or she lays out the perfect conditions to experience some true dancefloor magic. The Spanish vocalist and the Brazilian music producer met in 2014 and soon started to create their very own sound, crafting a hybrid of 90’s art pop and contemporary dance music that from time to time reveals a hint of their Spanish and Latin American roots. She Knows’s aim is to integrate the spontaneity and the momentarily spark of the jam in their productions whenever adequate. It comes as no surprise that the word about She Knows quickly spread in the European Music Scene and that in the past summers, they were a highly requested Live Act to play at infamous Berlin clubs such as about:blank, Rummelsbucht, Kater Blau, Ritter Butzke, Yaam as well as on Wilde Möhre Festival, Fusion Festival and Garbicz Festival.