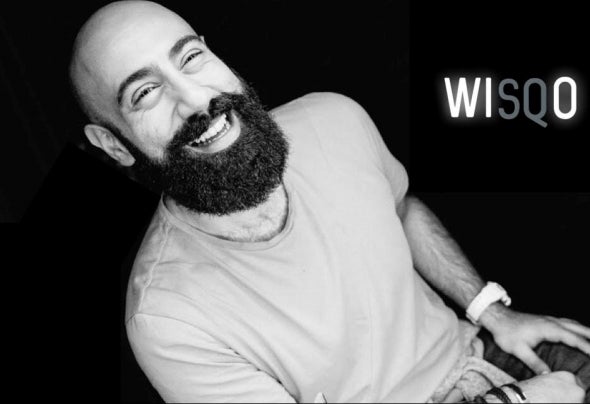 “Music gives a soul to the universe, wings to the mind, flight to the imagination and life to everything.”That’s how Wisqo describes himself as a DJ. Never afraid to go too deep and further, his emotive and experimental musical selections are his own therapy. Having grown up on European electronica (Kraftwerk, Tangerine Dream), synth-infused 80s and 90s music... all which became infused with his own love for electronic music. Wisqo ended up with quite a mixed spectrum of musical influence. Today, this translates into sets where he infuses together all the pieces of this music that he loves best: amazing synth work, ethereal backdrops, driving basslines, and catchy vocal hooks... all on top of a pronounced foot-shuffling house beat.Wisqo is no stranger to the ups-and-downs of Dubai's music scene, though he loves playing in nightclubs and special events. His love for music goes beyond the spectrum of mixing tunes. As a producer, he has found plenty of ways to express himself musically.“For me, it’s all about the energy and groove... playing those tracks that gets you grooving your feet and letting go the moment“