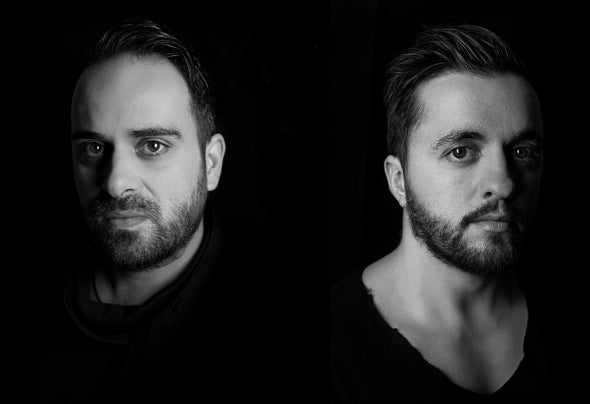 In 1999 Vaggelis Sidas began his professional occupation with music, as a dream whichcame true, he could actually work on the thing he loved the most. . “Music”. After five years of being a member of “Soundgas.CVC” in Volos, a group with which he took part to many events and played in clubs, in 2011 he met Nikos Deligiannidis in a club which had booked both of them to act and the direct chemistry between them was a fact.. Nikos was produced music alone and made a lot of remixes as “Nikos D”.Vaggelis and Nikos played in many events at clubs and beach bars on the land and islands of Greece. They have also done warm ups for many big names of electronic dance music as Chus and Ceballos, Jimmy Van M.,VSag, G.Pal, A.M.X., Adrianos Papadeas, NikosDiamadopoulos, Mikele, 12 Tones and more..Both realized that when they combined the passion they both shared for music together with each individual features, the sound to which they gave birth was unique. The music they work on is mainly deep house, tech house and progressive house and as house music has roots to an urban environment, it came as natural the idea of naming their group “Urban Flex”.