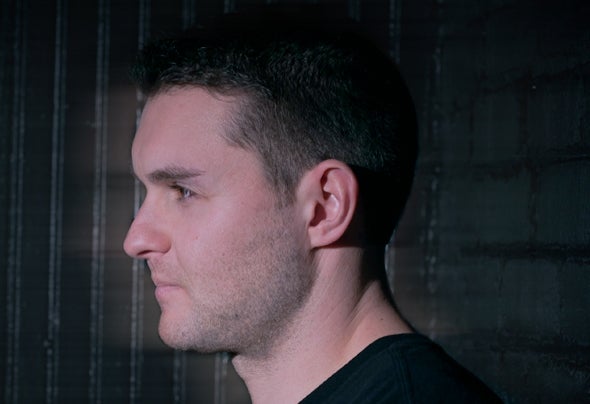 Creating electronic music since becoming involved in the early 2000's, Geoffrey Huber's (GH) passion and involvement in dance music has remained constant. While gravitating towards a deeper sound, early influences from the progressive house movement created an impression with Geoffrey', carrying over into both his sonic aesthetic as a DJ and growing body of production work. A creature of habit and repetition, Geoffrey remains firmly planted in music through steady releases of original music, as well as remixes. January 2013 marked the launch of Stem & Leaf, the label that himself and Michael Hanlon created to help put their town of Pittsburgh, PA on the map in the Deep House community. Their joint work as the collaborative known as 'EdgePlay' provides yet another exploratory platform for Geoffrey as new territory is sought out musically. With remixes/releases on labels such as Beatcode, AMDiscs, Digital Vinyl and of course his home label, Stem &Leaf, GH's music has been receiving support from the likes of Chris Fortier, dPen, and 16 Bit Lolitas, while getting played along side tracks from Hernan Cattaneo and on M.A.N.D.Y'sGet Physcial Radio Show. Having played on mix shows such as FriskyRadio, Geoffrey also hosts his own weekly showcalled "FLOW w/ GH" (www.ghflow.podbean.com). This serves as yet another way to stay connected to the current state of music, while providing a testing ground for new production work. The completely independent show started in 2011 and continues to grow organically each month.