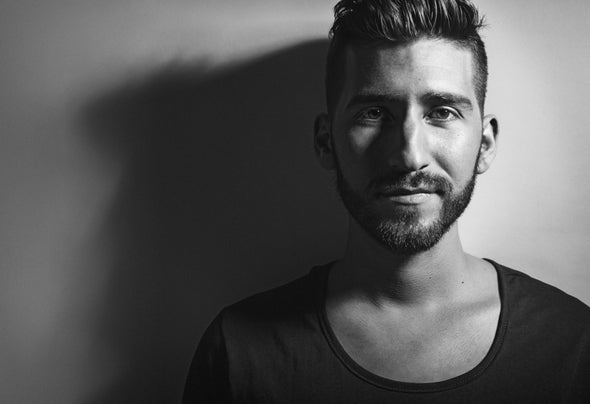 Born in Athens (Greece) in 1989. From early age he was influenced by the sounds of R&B, Soul and Jazz that made him immediately progress to House music. That led him to choose to learn piano and that was the point where he got into music production. Since that was not enough, Chris realised that in order to upgrade his production skills he needed more education; therefore he decided to study sound engineering and music technology.As a DJ, Chris first used the decks in front of an audience in 2006, since then he has played in venues and clubs all over Greece.His skills have allowed him to play along with some of the biggest names in the house music scene! Overthepast 10 years Chris IDH has released many tracks on various well known international labels such as Suma records, Look At You Records , Quantize Recordings, King Street Sounds, Deeptone, Suma and many moreWhen in the studio he loves to experiment with new breaking sounds and create tracks that even though are fresh, they have a respect for the original sound of House music. Nowdays Chris IDH is considered to be one of the most successful producers in Greece and has gained a lot of respect from the international music scene.2016 marked Chris's year of maturity within the music industry. The time to finally write & produce quality music had come. After a lot of years & experience, a clear picture came to his mind of what he wanted & needed to do.He started to produce atmospheric songs that were influenced by melodic & emotional elements.Became one of the main’s artists of BERCANA MUSIC.An idealism, where electronica sounds echo the organic textures of the cosmos & the deep bounds of existence. An overwhelming expedition to all places & dimensions.