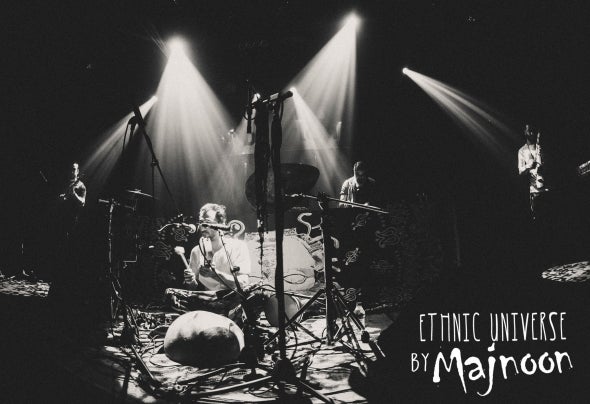 Majnoon is founded by Dj KhaiKhan (Kayhan Yakarlar), the founder of Radio Istanbul (RIST). The mission of the group founded with the motto ‘’Music rising from the east “ is to interpret our values and culture to the present, to transfer to the new generation and repackaged with the present pattern and present to the whole universe. Majnoon also efforts to achieve universality through locality. Majnoon combines oriental, ethnic and spiritual sounds with unique visuals in their performances. The group, which aims to reflect the universality of music in their performances, is presented under the name of ETHNIC UNIVERSE. Under the ETHNIC UNIVERSE concept, Majnoon created performances with the most famous names of ethnic music in the world. The instruments will be; Ney ( reed ute ) Clarinet Qanun Cello Darbuka & Percussions Balaban (Duduk) Music Style Ethnic Electronics & Modern Orient & World Music & Psychedelic Turkish MAJNOON We are Majnoon