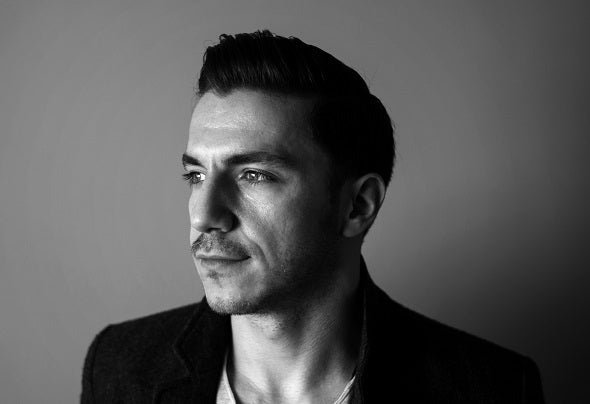 A graffiti artist who grew up on funk, soul and breakbeat, Dogus Cihan turned onto electronic music in late 1990s. An Istanbul- based DJ and producer, he started his DJing career in 2000 playing at various venues and events, (Soho, Taps, Maksim, New Yorker etc.) mostly focused on electronica. His interest in house music started to grow in 2003, when he became a resident at Anjelique and Wan-na, the most prominent nightclubs in Istanbul. The year after, as he took over the sole residency, his sets progressed towards deep, tech and progressive house filled with emotional structure. More recently, he was behind the Sounds of Anjelique projects, compiling and mixing eight volumes of top selling compilation albums that recall the excitement and high energy of his sets.As a producer, his carefully chosen sounds drive towards slowly evolving arrangements with a sense of dark melodies and chords supported by heavy basslines. Mostly influenced by his brother, Doruk Cihan, Bob James, Arthur Baker, Jimpster, Depeche Mode and Thom Yorke, the deep and powerful story in his tracks unfolds with driving beats and rich melodies.With a diverse taste in music, his unique sets have not only changed the sound in the venues he plays at, but also placed him among the very few who succeed in transforming the music scene in Istanbul. Having shared decks with Nick Warren, Satoshi Tomiie, Dave Seamen, Lee Burridge, Hernan Cattaneo, François K, Danny Howells, Behrouz, Mark Knight, Sharam and Andy Caldwell among others, Dogus Cihan still warming up venues with his dj sets while he’s working on his productions and playing on FG Radio. Dogus Cihan stands out with his musical knowledge as he studied music in Istanbul Bilgi University and still running his label “Keepitpure Music"