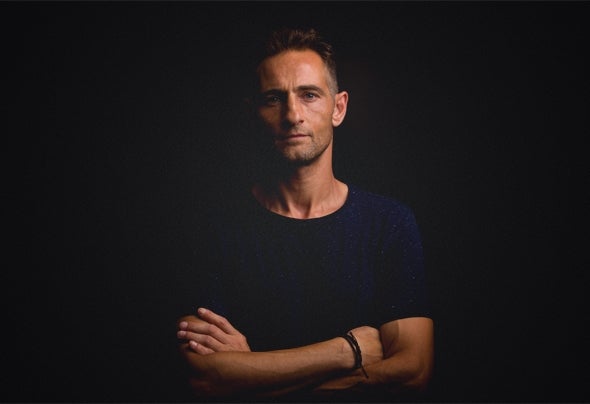 About GeorgeGeorge Vasilas also known as George V was born and raised on the island of Corfu on the 19th of October, 1976.He started playing drums in a local classic band when he was only 7 years old. His attraction to music led him to the realization that it was truly the meaning of his life.At the age of 14, summer of 1991 he started experimenting as a DJ, which lead to the beginning of his career.He played for an extended period of time as a resident and guest DJ at several clubs and bars in Corfu, Athens, Thessaloniki, Cyprus, Albania and Germany with the biggest dj's worldwide such as Dubfire, Carlo Lio, Armin, Blondish, Dave Seaman, Sasha, Funkagenda, Glenn Morrison, Hernan Cataneo, Jerome Isma, John Digweed, Kevin Yost, Mark Knight, Mark Schneider, Oxia, Markus Shulz, Matthew Dekay, Miss Nine, Nick Fanciulli, Nick Varon, Oliver Huntemann, Nick Warren, Paolo Modjo, Peter Bailey , Quivver, Sandy Rivera, Satoshi Tomie, Harry Romerro, Danny Howells, Seb Fontain, Siopis, Steve Lawler, Tiefschwarz, Luca Baccetti and many more!His passion for music was unlimited, so he began writing and producing his own music in 1995.Presently George has written and produced a variation of more than 40 songs including the major hits Shiva, Barefoot and Project 5, also played for many years on radio at Star888, Life Radio and Danceradio.gr also creating radio commercials and gingles.On March of 2011 George and Valeron created the first dance label in Corfu named Vantage Recordings, taking his career a step further giving the opportunity to new talents release great music to the public.George is Passionate about dance music and constantly refining his style, his raw talents and abundant energy has added a new dimension to the dance floor hard for his listeners not to dance to!