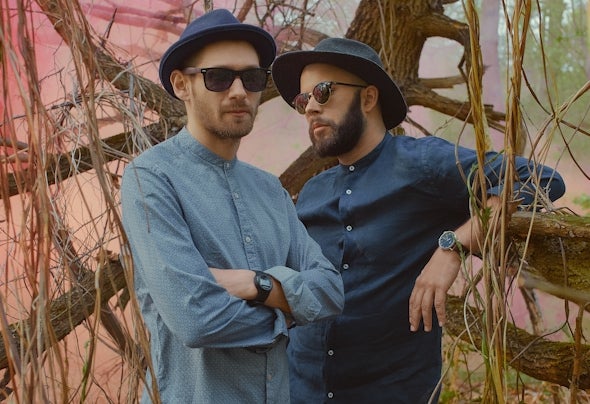 Thoughts deep in the forest, hearts forgotten in the rhythm, feet entangled in a never ending dance. Two vibrant souls straight from a jungle’s heart, self-proclaimed incarnations of ancient tribal shamans - deeply devoted to their ritualistic role - they play, they produce, they dance to the music from the most distant, most exotic places on the face of the earth. We produce, and we play one of subgenres of electronic music one could describe, for a lack of a better name, considering no global consensus on the matter whatsoever, and oversimplifying it a quite a significant bit, as: >oriental<.  Our original tracks and our remixes are being played by at least two dozen of the coolest oriental dj’s around the world - from Tulum, to Moscow. We publish our tracks in a couple of rather interesting labels - you know, here and there: Pipe & Pochet from Los Angeles / Underyourskin from Berlin / Cosmic Awakings from Tulum Even though Foxall exists for barely over a year we’ve had the pleasure to play during a few of the major european festivals such as Wildeburg in the Netherlands, Audioriver in Poland and a number of smaller festivals and events in Poland and whatnot