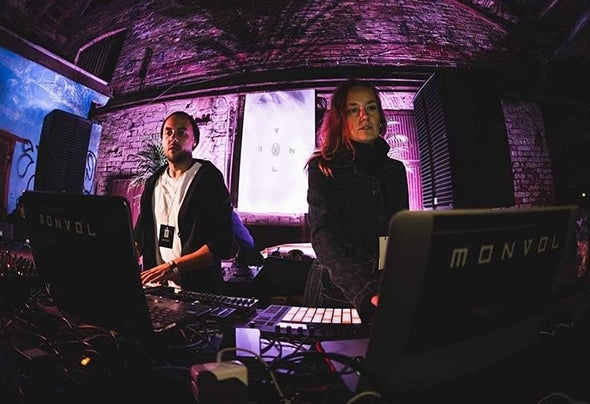 In our culture, music is in every moment and place of our day. In fact music is rarely just a sound organization over a limited period of time, and is almost always an art form of expression; that's the core which structures MONVOL's sweet-sounding productions. Hailing from Latvia, in the Baltic region of Northern Europe, MONVOL is the duo of Nastya Volkova, Russian DJ and producer and Anton Monk, well-known Latvian electronic music producer, both live performance artists. Peculiarly, they have been crafting unique sounds and delivering captivating live performances as a combination of deep synthetic sonority, having a touch of live recorded instruments and seasoned all along with meaningful vocal paths. And, furthermore, playing with build-up and release, twisting the cult sounds of 70-80th within present-day electronic grooves. That's why we can't put them in a box, surely, their fearless perspective is that creativity should be free and that's why they mix different genres.