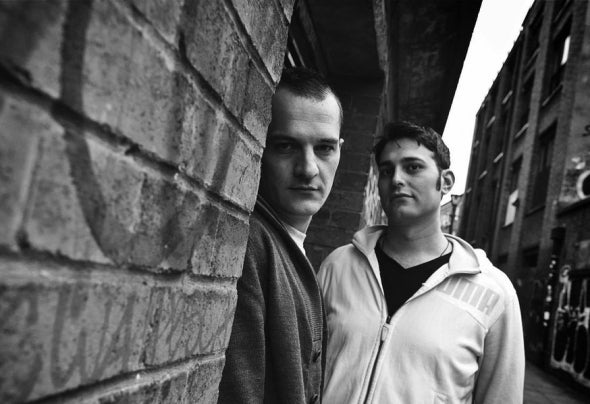 Francesco Poggi & Fabiano Binaglia together, are Virustage. The Italian born DJ and production duo have been playing to crowds for over a decade.Both regular dj’s and faces on the Italian electronic music scene led to a chance meeting in 2000. Realising their inspirations, style, sound and goals fell step into step with the other’s, the pair began their collaboration. Playing around Italy in clubs and festivals inspired Virustage to up- step their game and in 2003 they began promoting their own events, most notably ‘Nature Parade Music Festival’ amongst others. Now based in London,the pair continue to play and promote club nights and after parties – always with a firm ear on the underground sound and a keen eye on the progressive circuit. Whilst Virustage were making a name for themselves on the dj scene, they took the step into what deepens the journey of knowledge into sound...production. Virustage built their own studio, allowing them to absorb the world of electronic music in all its constructive elements.Virustage have since gone on to release on German Monomental Rec., Canadian Monique...(+) and the Insomnia compilations with Florian Meindl from 2007 until today.Their production shows another side to Virustage and their dj sets. Delicate composition is entwined with steady warm bass in tracks such as Alma Vagabunda where Latin inspired guitar riffs are layered over a deep groove. Their signature of progressive tech-house however, remains at the forefront of their style; very much in keeping to the tracks we hear them finely select in their dj’ing.In 2004 Francesco moved to London to play and promote in one of the world’s most exciting and innovative musics cenes .Fabiano remained in the Virustage studio, surrounded by experimentation and joining Francesco regularly for gigs until 2009 when he too moved to London.Things rapidly started moving for the duo on both dj’ing and production platforms. Virustage have since played at renowned venues such as The Egg, The End (AKA), Ministry Of Sound, 54, Ibiza’s infamous Privilege club, Bora Bora and Berlin’s Rosi’s and Stattbad.They are currently residents at one of East London’s favourite night haunts Aquarium for Movimento afterhours on Sunday mornings. Virustage synced up with London promotion Insomnia in 2006 – the consequence of whichhas been a whirlwind of releases, travelling, gigs, and progression as musicians.Virustage’s dj sets are a raw and heavy concoction of progressive tech-house, hypnotising trance and refined minimal beats. In a perpetual underground vibe, slices of moody kicks are layered with organic minimal samples. Warm and round bass lines dominate a varied and eclectic span of dance music, reminiscent at points of where and why this duo first fell in love with electronica. Their sound is trippy and deep, throwing us around in a box of their most treasured influences. Their aim quite simply, is to transcend the passion and buzz that they themselves take from their music onto the listener, exploiting how the human brain perceives sound to tune into emotion. Virustage continue to play around London and Europe. Ibiza, Berlin, Kosovo and their native Italy are all on the list of Virustage gigs. With more releases in the pipeline things couldn’t be better for Francesco and Fabiano as they reach their 10 year anniversary (september 2010).Whit Stendhal Records in the late 2011 Virustage starts a new challenge: to reach the underground crowd's consent.