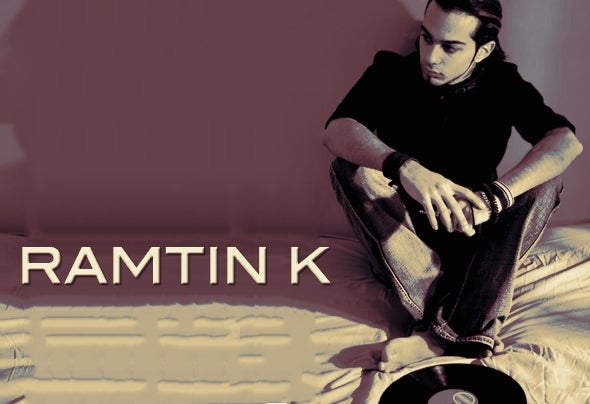 "Music Is The Only Thing Made By Man That Can Be As Beautiful As Nature" -Ramtin K.With a degree from Recording Arts Canada, Toronto- based DJ/Producer Ramtin Kazemi (known professionally as Ramtin K) is his own producer as well as engineer. Ramtin has learned extremely valuable and unique tricks at RAC with some of Torontos finest engineers, making his music professional and inventive. Ramtin has immense spectrum of musical knowledge; from recording, to mixing and mastering in both music and post production. This experience has led Ramtin K to share Zurich's Street Parade with likes of Eric Prydz, Tocadisco, Tom Novy... open for Mario Ochoa and Close for D-Unity. He has also shared the booth with some of Toronto's greatest local talents like Addy, Deko-Ze & Tim Patrick.Ramtin K was born in 1987 in Iran, moving to Toronto, Canada at 18. The move prompted him to become more familiar with the music that would forever change his life (Electronic/House). He fell in love with the nightlife as soon as he stepped foot in Toronto's entertainment district. Wasting no time at all, Ramtin created a project studio in his home soon after the move. By attending various venues and becoming more experienced in the Electronic music scene, Ramtin soon found his inspiration for his own music in the form of local DJs like Addy.Soon Ramtin needed to do more, so right after graduating from Digital Arts College of Toronto, he started producing while collaborating with likes of Tamer Fouda, Edson Pride, Tripzone, Koen & Cee Cee Cox to name a few. He would like to be known, specially, for one of his very first productions "LET ME IN YOUR LOVE". Ramtin Ks style is best defined as a blend of Progressive, Tribal, Tech, Techno, Minimal & Electro. Though, he does not close himself to those genres, and remains open to many other styles of House music. At the age of 19, Ramtin K won the 2007 Club 246 DJ competition. Winning that competition has given him confidence. He also has international experience in Switzerland alongside Chris Evans (the winner of Guiness World Records longest club DJ marathon). Ramtin K has been on the same bill with David Vendetta for making DJ mixes for Radio Fribourg in Switzerland. A lot of tracks in his collection are edited and remixed by himself, making his sounds very unique. Ramtin K plays it HARD and ENERGETIC! He is known for being a crowd pleaser, spinning uplifting beats with his own style he refers to as ProgTech! So, watch out for him at city near you as he gives to you his best just the way you like it!!!... "JUST LISTEN"!!!soundcloud.com/ramt in-k facebook.com/pages/Ramtin-K/15020790505