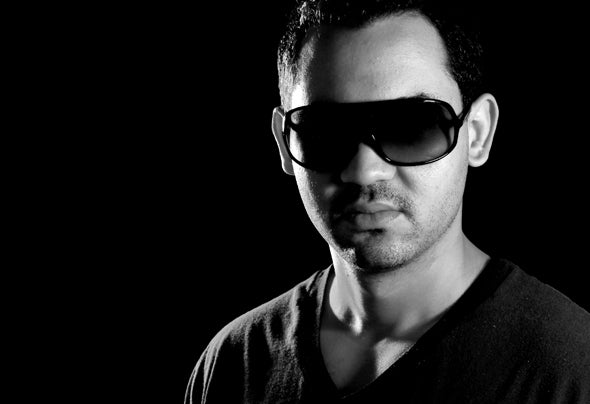 Andy Ascencio, born in the Dominican Republic while spending part of his childhood years in Haiti; Andy developed a passion for music at a young age; he began his career working from his bedroom headquarters. Later on in middle school he gradually progressed and exposed his talent to the public. Andy jump-started his career as a DJ in the midst of high school, performing at local clubs and private parties; while offering other complimentary entertainment services. Andy's ethnic background pursued him in his music; he innovated and created a fusion of Electronica and Caribbean music, using the warmth and essences of Caribbean sounds. As a result of living his early childhood in Haiti, many traits of the traditional Haitian music were later on reflected in his music and performances. At the age of twelve, Andy Ascencio moved to the Dominican Republic where his love for Underground Electronica bloomed. Andy relentlessly made efforts to get his hands on every piece of eclectic re cord available to him. Andy's obsession with spinning records later on transformed into the desire to produce his own music; being strongly influenced by numerous genres such as Electro,Tech,Tribal,Dub and Progressive House. Focused on his mission to create the fusion between the Afro-Latin percussive rhythms, Andy succeeded in developing his own trend and signature sounds; which are composed of mellow, uplifting melodies mixed with deep bass, futuristic effects. Devoted to his talent and being a music aficionado; Andy graduated from high school and pursued his career at Full Sail University in Orlando, Florida. After several years of dedication and perseverance at Full Sail, where he earned an Associate’s in Recording Engineering & Bachelors in Music Business. Following his graduation Andy moved to Miami Beach where he applied his knowledge and gained experience working as an intern at Midnight Blue Studios; during his internship Andy was lucky enough to work closely with artists such as Pharell Williams, Fat Joe and many more. During his free time he performed as a DJ at several Miami Beach upscale nightclubs such as Dream and the Newport Beach Resort. Today he is following his dream and producing his own music and collaborating with fellow musicians in Miami and the Dominican Republic working on his compositions productions that are soon to be released.