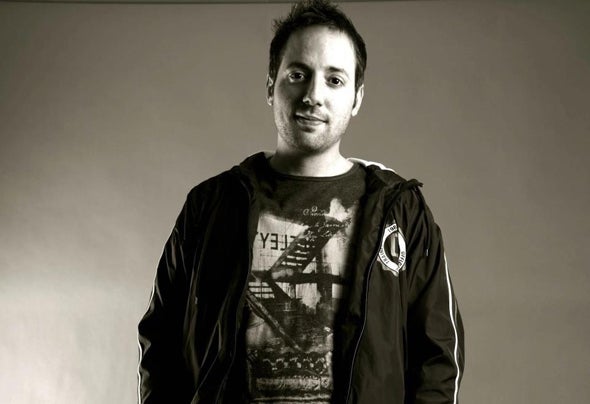 Jordi Tek was born April 1, 1979 in the town of L'Alcudia (Valencia). The musical career of this DJ and producer has its beginnings at age 16 by mixing in a pub of their location and directing his first radio show.After being a finalist in the contest of the MDT djs joined Rockola group being resident between 2001 and 2006 Rockola rooms Xativa, Xativa and Xtreme Planet.Thanks to these homes and their 3 albums released at this stage, to conduct bowling for many clubs in the Spanish geography. IMG Bilbao, Bilbao TECNOLAND, SOUND Irun, decibels San Sebastian, COLISEUM Zaragoza, SPACE Murcia, Castellon ORBIT, ZOOM Castellón, Valencia CHOCOLATE, Rockola XATIVAValencia, Valencia CHAIR Rockola were some of the clubs who enjoyed their sessions. In this new era we have heard mixing it once a month under the alias "Jordi Tek" in the court houseMistika Music Club and each of their performances. At its can hear a very careful selection of styles such as Techno, House, Techno and Progressive House. As for his productions can be noted that in his first year as a producer in this style, has launched more than 30 references by labels like Hipnotik Recordings, ComFusion Records, Apsides Records and privates remixes.