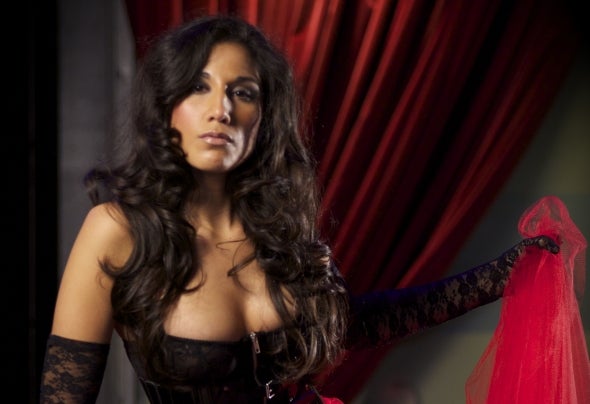 ENGLISH BIO:Daughter of American father and Spanish mother Priscilla is born in Spain in 1982.She shows from very small a great interest for the music on having started composing at a young age, being her first serious project a band of Rock.Seduced by the electronics she evolves to vocal meetings loaded with force and sensuality where she re-mixes with amazing mastery be afraid of 80 and 90'years with the last trends in the suitcases of the DJ's.At present relies on productions together with Carlos Gallardo, J. Velarde & Luque, Javi Reina, T. Tommy, Pablo Kopanos & A.B.García, Sergio Contreras...She is also a composer for record as Clipper's, Blanco y Negro, Sunset Records, Rock Star, etcAnd there has formed a part of parties Desalia Ron Barceló, Matinée, Supermartxe, Maxima FM, I Love Legendario, Ron Siboney 34 “Invoca la noche”, Soldiers Ibiza...Has passed for rooms as Fabrik, Space Of Sound, Pacha, Discotheque (Russia), Snob (Morocco), Fairmont Towers (Egyp), Oktober Festivalen (Norway), Imagine (Dominican Republic), Nikki Beach or Buddha (Marbella)...On 2008 directed and presented his first radio program, BPMLovers in Loca FM and La Mega Radio.Has positioned itself at the top of BEATPORT and often thanks to songs like "Hoy No Me Puedo Levantar", "Right In The Night", "U Should Know", "Essential”, " Me & You" and “Virginn”, among others.On 2009 comes with his single "U Should Know" on one of the best selling compilation CDs of the summer, "Supermartxe 09".On 2009 and 2010 she was nominated by the organization RON BARCELO DEEJAY MAGS (most prestigious awards in electronic music in the national picture) as "BEST LIVE VOCAL" and on 2011 and 2012 Profile Image (590x404)was nominated by Vicious Music Awards like “Best Vocal”.On 2010 his song "Me & You" is included in the compilation Blanco y Negro Hits 10.04, Cover Power and Blanco y Negro Hits (The No. 1 of the year).On 2010 her song "Mysteri” is also included in the compilation "Annual 2010 (Albun Dance Of The Year)" and "GT2 Records (The New Generation Of House)" (Blanco y Negro).Sponsored by the prestigious Italian firm DENNY ROSE (WWW.DENNYROSE.ES), every day this artist challenges and try to go beyond itself in order to be closer to their audience, their inspiration and reason to reach higher!