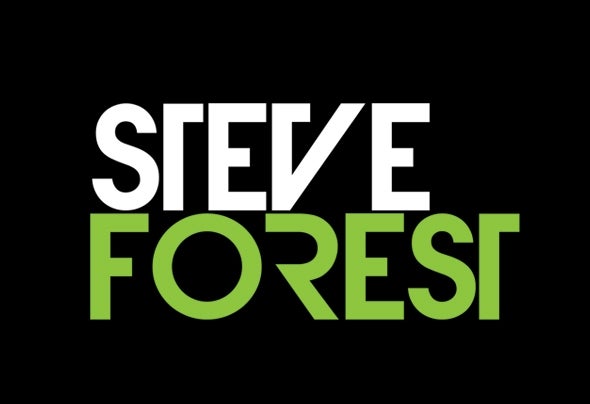 Steve Forest is co-founder, along with his colleague Nicola Fasano, of Jolly Roger (Sound of Pirates), the independent label that more than others has emerged among the most prolific and interesting labels on the international electro house scene, in the last few years. The amazing success of "“75 Brazil Street” (co-wrote by Steve) and later sampled by Pitbull for his hit “I know you want me (Calle Ocho)”, definitely launched the Jolly Roger sound worldwide. As Producer, Steve Forest achieved several personal awards and reviews: thanks to tracks such as "Modern Times” (prouced with Chriss Ortega and released also by Strictly Rhythm), “Freed from desire” (explosive rivisitation of the legendary 90's, with the original vocals from Gala, a unique project in his genre), “I wanna be loved by you” (with the fantastic all time blonde diva, the one and only Marilyn Monroe (also released by Ministry Of Sound). As remixer, the list of the "pirate" works is countless, but just to name a few: Roger Sanchez, Robbie Rivera, Bob Sinclar, Alex Gaudino, Joey Negro, R.I.O, are just a few of those who required his skills. As author, in the last three years, he sold more than 5 million copies, including physical and digital, achieving, in the same year, three prestigious awards: - Ascap Latin Award for Best Urban Latin song in 2009 - Ascap Pop Award for Best Pop song in 2009 - Ascap Rhythm & Soul Music Award for Best R&B/Hip-Hop, Rap and Gospel Music song in 2009 As DJ, he's been resident, further to author of the Jolly Roger Nights, first at Ibiza's El Divino and next at Mykonos' Super Paradise. Numberless, the dates played both in Italy and abroad, whereas he had the chance to play in some of the most prestigious clubs, further to attend huge festivals like the Spirit Of London in Sao Paolo, Brasil, where he performed in front of a 50.000 audience. Following the production of a couple of "club oriented" tracks, and a few collaborations with international producers, Steve Forest is back, in this spring 2011, with a stunning prodution. In collaboration with The Ones, he measures himself in a re-work of FLAWLESS, a track which doesn't really need any introduction, being one of the milestones of the 90's disco-house. Released in 1999 on the label "A Touch Of Class Recordings”, performed by The Ones (a trio formed by Paul Alexander, Nashom Wooden and Joseph Americo), this fantastic song has been the target of hundred of cover versions and remakes including the renowned George Michael version, back in 2004, (titled "Flawless (Go To The City)”. The promo of this Jolly Roger track, since January, is steadily in the cd bags and hard-disks of the most famous dj's in the world. After three months of intensive promotion throughout the world, the track - entirely produced and revitilized by Steve Forest's talent and creativity - is finally available in all the versions (remixes included), backed by a stunning video shot in the States. FLAWLESS is“flawless” for any dancefloor and ituation, thanks to the variety of the available mixes, which preserve, anyway, the charme and magic of this track. STEVE FOREST vs THE ONES – FLAWLESS, the prelude to a very hot summer for our "pirates" who will still quake the charts and will aim to new awards: more surprises to come!!!