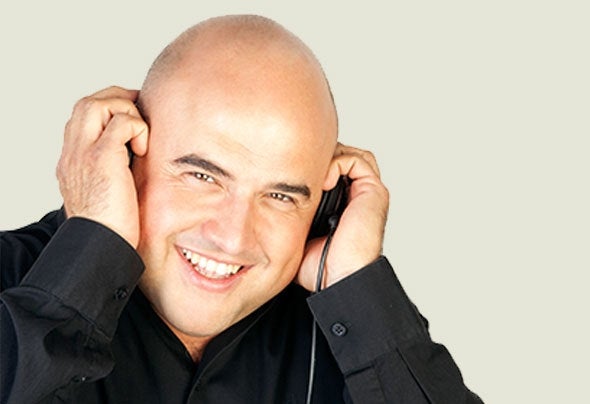 Since always music is one of his great passions.As a DJ Vicente Ferrer starts very young in his hometown Valencia, combining his role of public relations with his great passion for the DJ booth where he soon gets his chance.His long experience in the stage and especially his great knowledge of different musical styles makes him a DJ with plenty of resources which fits easily into any venue and connects with any audience. He has shared the stage with many DJ's worldwide and participated in high-level events. Radio is another of his great passions, where he has lead and participated in numerous musical and entertainment programs. He has collaborated with many radio stations at local and national level.In late 2006 he started his work as a producer and since then has continued publishing with the best labels in the world (Cr2, Vendetta, Stereo Productions, Pacha Recordings, Blanco & Negro, Clear Recordings, etc ...). From the year 2012 on his penultimate adventure, he takes over the label ELECTROSCENE and makes his own recording studio and record label.He owns the production and promotion company UVEEFEUVE GROUP, creating the successful production "Baccanali" in which he is also part of the official DJs team and that is achieving great success nationally and internationally.Since 2012 "Baccanali" is the official event in BORA BORA IBIZ A every Saturday from June to September, where he and his colleagues will make you enjoy the best house sessions and of course, the best atmosphere of the white island.