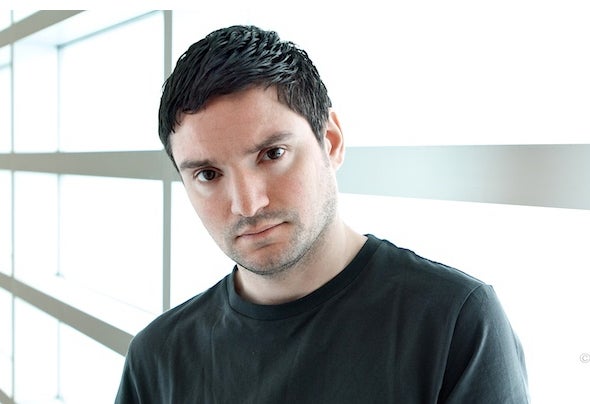 As a teenager, Arthur Oskan began immersing himself in a variety of musical styles. During this time he listened to and soaked in information about studio gurus like Georgio Moroder, Vince Clark and Alan Wilder, and industrial bands such as Nitzer Ebb, Cetu Javu, and Front 242. In his quest to quench his appetite for synthetic music he eventually purchased his own EPS Sampler, a TR-606 drum machine, a Roland JX3P and a 4-Track. These early years of training proved invaluable as they provided him with a solid foundation for his budding studio prowess. By the mid-nineties, following a brief period producing for and performing with Toronto industrial and techno acts, he began recording a series of studio sessions under the pseudonym Auracle. Years later, these very same live studio sets were re-distributed and caught the attention of local event promoters. Armed with his growing collection of analog relics and a 24 channel mixing desk, Oskan dropped incredible sets for several underground events during this time. As time went on, he introduced a more percussive edge to his synthesizer lines and drum programming. By the end of the decade, he had found his place among a solid group of Toronto electronic music producers and DJs, and he was performing with both local and international talent alike. Also exciting has been the acclaim given to his recent work by several of the world's top dj's and producers – Funk D'Void, Los Hermanos, Chymera, and Fabric Lig. His "Resolutions" EP topped Alan Oldham's chart for Tresor (Berlin), and his nine-minute long "Forever" as Myers Briggs, appeared on John Digweed's "Transmission Vol. 4". The track has been widely celebrated by James Holden, Nic Fanciulli, and Argentine great, Hernan Cattaneo. As one of Toronto's leading live acts, Oskan has performed alongside such international artists including Omar S, Troy Pierce, Heartthrob, Alex Under and Someone Else. He continues to perform live and produce music for several labels, and is now working with Fabric London's publishing arm to further grow his international exposure.