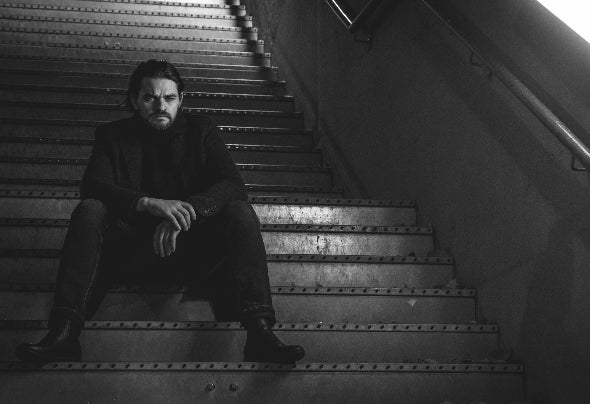 Kid of the Berlin Wall fall, Michal « Kosinski » was born and emigrated from Poland to Belgium in 89. After his art studies at the Royal academy of fine arts of Brussels, decides to take a closer look into music, and started an audio engineering class where he learned all the technical aspects of this art. Nowadays, Michal is defining his own signature taking roots from countless electronic, or acoustic genres, resulting a Deep Melodic and Emotional electronic music driven by strong but soulful melodies, synths and sounds, combining synthetic to organic, classic to ethnic, analog to digital, ranging from ambiant to acid techno... After years of self development into complete anonymity, he puts his work together into eclectic and progressive live performances, seeking for a complete freedom of interpretation that Dj’ing doesn’t allow. His very first recorded live performance dropped him into the nals of Extrema Outdoor’s Live act contest. Since then, he’s experimenting his first local and International bookings, and within a year became Deep House Belgium agency’s most wanted artist, played in major festivals, events and clubs, across, Belgium, Europe, and Asia, improving and developing his lives after each performance. His love for evolving and story-telling music brought him to enter into the movie scoring world, writing a complete soundtrack for an indie drama movie “The music island” scheduled for 2021, and caught attention of Jean-Michel Jarre with he's interpretation of Oxygene 2, that JMJ himself will be playing in his live shows from 2021 on, and release on his 2021 upcoming album.