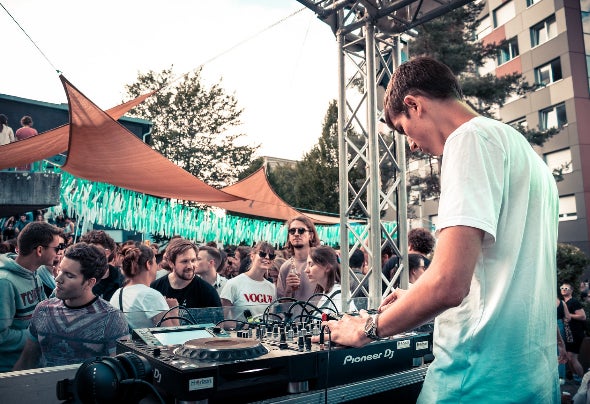 Madd Rod's vision of music comes from his early-developed curiosity, which has made the artist explore different soundscapes while finding his musical identity. For him, music is much more than an assembling of sounds: it is a constant reminder of the experiences he has lived through it. Rodrigo was born in Lisbon and raised in its outskirts, being inevitably influenced by this intriguing melting pot. His music is a reflection of this mess, mixing a fresh technological sound design with traditional elements from ancient cultures. In 2017, right after releasing 'Afraid to Love' on Alex Ferrer's Deeplomatic Recordings, the artist moved to Tübingen, where he started to dig deeper into the realms of Melodic House & Techno. He launched his first label, Inner Shah, and found a receptive crowd with whom he could field-test his tracks. In 2019, the artist decided to focus fully on music, achieving key milestones which motivated him to go further. Two months after warming up for Oxia at Ministerium (Lisbon), Rod flew to Germany to headline Electric Sundown Festival. During the Summer of 2019, he started his residency at The Lounge Vale do Lobo, where a growing audience keeps coming back for his eclectic sets of Organic House, Downtempo, and Melodic. After the busy summer, the artist went on his first tour, during which he started producing the first tracks of his first studio album. During this tour, the artist played gigs in Lisbon, Berlin, Tübingen, Paris, and Lisbon again. In 2020, the artist joined forces with the Lisbon-based Live Agency, with whom he launched VIAGE, where he released his No One's Fault EP and Belderone EP, together with RUBIUM, as well as a remixes for other artists. His first album 'Dystopian Desert' was released on Inner Shah on July 31st, 2020, and got its second round with its versatile EP of remixes, out on November 20th, 2020. The EP includes remixes by Rafael Cerato, Dizharmonia, Modeplex, To Ricciardi, Mila Journée, and Kishan.