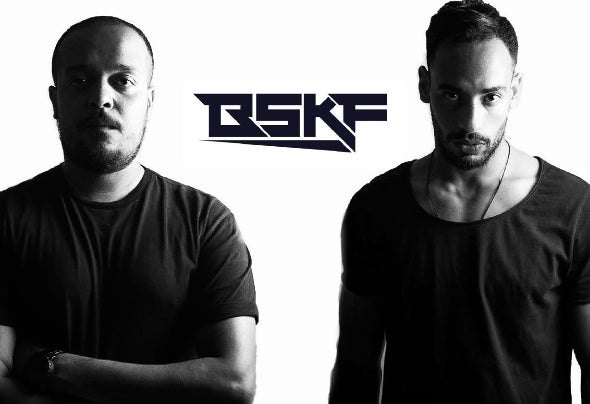 BSKF are talented DJ's/Producers were born in Egypt .BSKF in the music industry , are anything but the same. While one is often prominent and empowering , the other prefers staying quietly in the background - a fairly high contrast in character. However, there is one significant reason for the phenomenal connection between these two personalities : Their passion and love of music.They started their DJ career as DUO in 2014 when they got the chance to play for some of smaller night clubs and biggest club as Resident DJ's ofPapas Beach Club AKA Ministry of Sound , Hurghada, Red Sea.Little Buddha , Sharm El SheikhTheir talent, mixed with their up - and - coming name made many people talk about them.They successfully got the opportunity to play with great DJ's, such as : Dash Berlin , Jay Luman , Vocalist Ema Hewitt , Marco V , Tarkan , Chris Montana , Lissat & VoltaxIn 2014 BSKF began to produce music of their own style while they are cooking up their masterful tunes and they got support from many famous DJ's in Egypt and all over the world.They ranked #2 in Nokia Express Music Competition judged by Aly & Fila. They are waiting for their opportunity to show the world their talent.They released their 1st track ever @Dubbed Records (JoeySuki's Label) and supported by :Swanky Tunes, Sidney Samson, Henry Himself , AskeryStay Tuned as BSKF are working on their project.