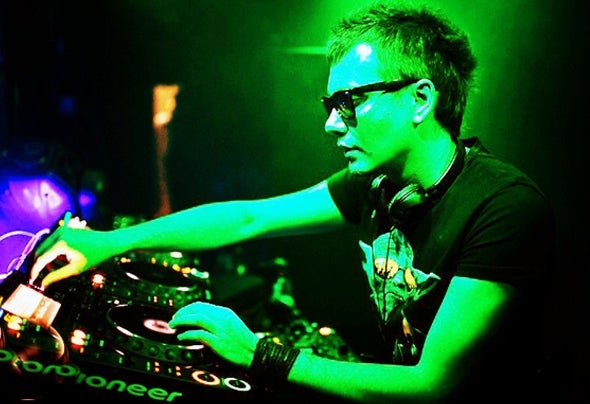 Emil Croff Night Moscow first began in 2004 - first as a resident of the Open cafe, then as a permanent member of the club partying A priori. Even then, his name on posters guaranteed sell-out on the dance floor. Who remembers the loudest party of the period of the Grand Molchanovka it is easy to confirm that from wanting to hear the song «Don't Feel» performed by the author turns lined up to Novy Arbat. Today, Emil Kroff - DJ, on account of which means a lot of creative success. Permanent member race of "Top 100 DJ Russia" thundered the author in the world hits the charts «All Right», «Miami» and "The Ride", it is one of the most future of electronic music club in Moscow. And the fact that «Miami» became one of the film soundtrack "Vices," Valeri Todorovski, «All Right» fell into the mixes and charts-dozen other leading European DJs and tracks that are included in the new online game "Parapa" from the Japanese-Russian publishers, the best proof of that. The creator of the project: "Mental Project" - has had time to blow up the European dancefloors and earn the praise of the mastodons of the global dance scene, as Mark Knight, Nick Fenchulli, John Digvid, Sleyker, Dino Ramirez, Steve Perry, The House of Kane, Jon Gurd, and other participants Russian draft Mental Project brothers Emil and junior Kroff broke through the "iron curtain" in Europe tracks «Alright» and «Miami». Mental Project was created by them in 2004, ie at a time when they both were already well-known regulars such clubs as A priori, Diamod Hall, Area, Open Cafe, and others hit the Future «Alright» band recorded a few months after it decided to combine their creative efforts. It took very little time to ensure that «Alright» was in the national dance charts and won there first. In this position, the track stayed for a month. Inspired by the success, the brothers signed a contract for Kroff release singles from the label Anatoly Vorontsov Koalition Records. But before you drive away in print, Mental Project recorded another track called "Miami". This thing they decided to send the Winter Music Conference (WMC) as a WMC '06 promo. As a result, "Miami" has collected a lot of positive reviews and, like the preceding «Alright», became a hit in all the clubs where the music format of house. As a consequence, the single, released Koalition Records took place in March, includes two songs - «Alright» and «Miami». Bilateral EP of new Russian heroes Mental Project is already sold in Europe. ..............................................Emil Croff - resident clubs: Neo, Saxar, Vernisage, Residence ... Early career in 2003/2004 is the year was marked by a number of very important events: the beginning of residency in the Open Cafe, which has become no more and no less a cult for young party people in Moscow, beginning with UPLIFTO and the output of the first track Don't Feel, instantly taken up by all these lovers of club music. This song immediately sounded in the sets of Moscow's leading DJ and actually became the reference point for Emil as an electronic musician. In 2005 he met while waiting out the first single and multiple remixes. Six months later, after Don 't feel tantsopoly again torn by the most powerful sound hit All Right, and at about the same time the public learns about a new musical project Mental Project, organized jointly with his brother Emile (Emil Croff & J. Croff). It was under this brand name, and went All Right. After the hit EP comes out on the promo CD and Vinyl in the future on a track called "the ride" written immediately after the release of the first album, The ride went into the playlists of such gurus as Lawler, Pappa, Perry, Mashtronik as well as Russian DJs and musicians. And also, "Miami" has becomeone of the film soundtrack "Vices" V.Todorovskogo. In 2006, Emile is in the top 100 best DJs in Russia.