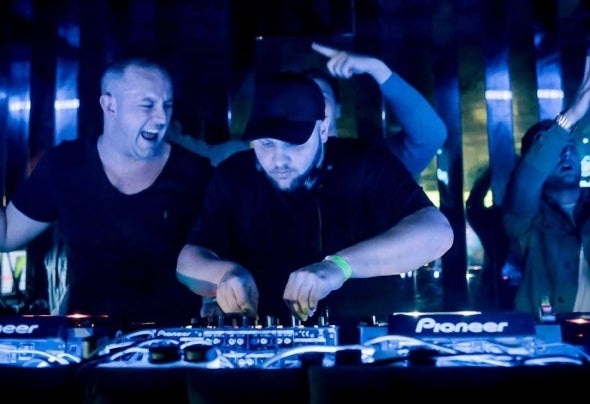 A name that may be relatively unknown to some; Danny Woodhouse AKA ‘Someguy’ is a London based DJ & Producer from grassroots beginnings. At the tender age of 18, Danny began his love affair with DJing whilst mainly playing at his own events across Essex. After an early drive of organising and promoting events, he decided to knuckle down on his DJ career, gaining plenty of practice and exposure via residencies in bars and clubs across London and Essex. Though during the early stages of his pursuit of DJing, he was predominantly a multi-genre DJ; Danny had always felt a strong connection and wholehearted bond with House music. Following a trip to Ibiza in 2017, he and a close friend conceived the production duo of ‘Someguyz’ which didn’t stand the test of time but did give birth to his solo identity as Someguy. Following the founding of his Someguy alias, Danny delved into the world of production and quickly began to hone his craft. With releases forthcoming on Twisted Fusion, East Project to name but a few and a release on the ever-popular Shanghaied Records; Someguy now stands in good stead with credible releases to his name, along with upcoming performances in the UK and Europe on the horizon. Already featured on Data Transmission’s highly accredited ‘Spotlight’ series, and with a steady flow of production activity in the mix; 2018 is looking like a pivotal year for Danny and his Someguy alias within the industry. Keep your eyes and ears peeled over the coming months as Someguy starts to become a sable part of your musical diet!