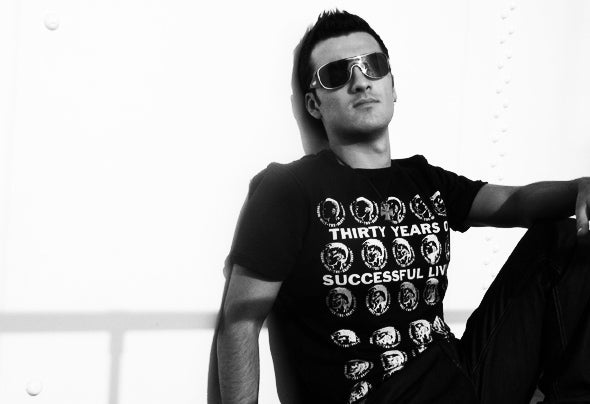 There is no need to travel hundreds of miles by plane to get a flight; you can get it by closing your eyes and comfortably prepare to listen every sound that will penetrate your ears. These waves will induce the brain to appreciate the different feelings only you can control, hopefully without interruption. So begins this trip with Sebastian Reza.In the same way, in June of 2011 Reza entered to the top 100 house and the top tech house of beatport, competing with the best producers of the world in terms of circulation. In July of the same year, he signed his song "Sativa" with the renowned canadian label Local Music, owned by The Junkies. That's when big DJ's like Dubfire, Carlo Lio, Paco Osuna, Steve Lawler, Jay Lumen, etc , are playing their music around the world.Sebastian is a dynamic and visionary artist is characterized by innovation and inspiration that made its way through several styles to become who he is. It started with house and trance where being a new artist, in 2009 his track called "Spaghetti with Bumblebees" was signed and compiled by Armin Van Buuren Armada Sessions for October of that year, this event was a great motivation to keep produced.the tech house and techno, are part of their mixes, capturing the ear of the greatest exponents of each gender. His style is defined in two words: Dark and Groove!This unique touch and that evolution led him to create his own label with Sean Random & Milton Channels called Lophanta Music."Malibu" one of his tracks was played by Mark Knight in Toolroom Knights, giving great importance in his career.The sounds begin, a strange feeling he travels throughout the body, either by simple suggestion or because you really start seeing the effects of this drug. They spend one, two, three minutes.That same effect was captured on "Zutra" by renowned DJ David Guetta, who gave great support in the popular Radio FG, like Olivier Giacomotto in Locomotto Radio Show, not forgetting David Tort, Belocca and the famous Hungarian duo Muzzaik.Upon completion of this journey through the history of Reza and after reaching heights with his tracks put your feet back on earth waiting for another trip with this artist.