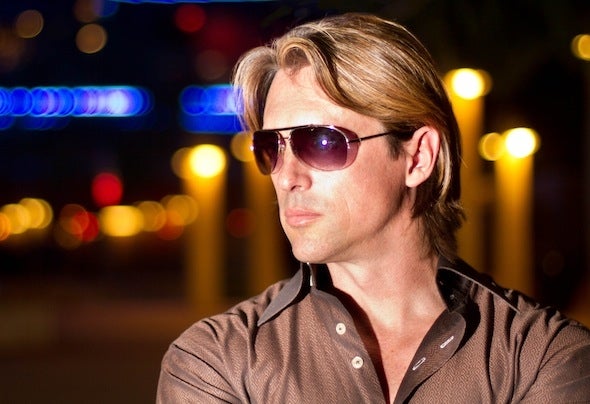 Fused from a deep passion for electronic music in early 2003, Dub Mechanics emerged as one of the stand out electronic producer / Dj’s in Los Angeles. The signature in-your-face dirty beats and thumping bass lines quickly set the standard with Dj sets ranging from Dirty, chunky, Electro jam sessions to deep Tribal tech sets and everything in between. Having shared the bill with talents such as Donald Glaude, Erik Morillo, David Guetta, Hernan Cattaneo, Tall Paul and Nic Fancuilli. Dub Mechanics have headlined at some of the countries biggest clubs including Las Vegas Mega Clubs Studio 54, TAO, Empire Ballroom, Seamless After-Hours to SoCal Super-Clubs like Avalon, Giant, Circus, King King and After Hour Power. (Aka Scott G) Dub Mechanics has remixed for the likes of Afrojack, DJ Fist, Sonny Wharton, George F, Dale Hooks, DJ Denise and the list goes on and on and with collaborations with D:Fuse, Melleefresh, Bitter Persona, Chad Vicious and many more its been a busy 2011. He also produces under the dark Tech House alias “Skooo” and as “Dub Vicious”. In late 2009 he was given honorable mention from Toolroom Records for his Remix Competition submission of “Mark Knight – Mannheim” where his remix reached the top 10 out of over 700 submissions and he has been going strong ever since with charted originals and top tens all over the digital retail world. Launching his second label “Revv Shop” in early 2011 it has been fast growing as a major contender in the digital label scene with top 100 tracks and features all over the digital retail world. His first label Bro.kn Records launched back in 2007 and signed a highly skilled roster of artists and earned multiple Top 10 Hits and charted tracks. Both have received major support from some of the biggest names in electronic Music including, Funkagenda, Roger Sanchez, Carl Cox and Bad Boy Bill, Donald Glaude, Markus Schulz, and Sander Klienenberg just to name a few. 2007 he helped produce and launch Las Vegas-based Industry Radio, working as one of the resident DJ’s and co-producer for the show. The weekly 1-hour show featured interviews and live DJ mixes of top artists from around the globe. Dub Mechanics Dj Mixes have been featured on Groove Radio International, Proof 128 Radio, Proton Radio, Industry Radio, DI FM, UKUF Radio, Beat Freaks Radio, Frisky Radio, The shakedown pod casts and the Cocaine & Vodka limited addition apparel Pod casts. One common quote among DJs, Producers, and Promoters who have experienced Dub Mechanics at work is "Dub Mechanics are a force to be reckoned with in the electronic music scene".