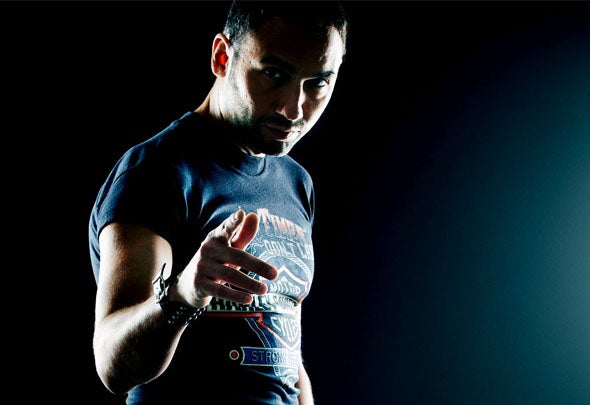 Miguel Picasso, Dj and producer internationally reknowned, with 10 years of successful career. Miguel covers a wide spectrum of musical sub-styles which includes all the latests tendencies in Club music, focusing mainly on the Dancefloor and all filtered by a very personal and glamourous point of view. He's been owning a monthly residency at famous Club Dreamers, Puerto Banus, Marbella, at one of the most important festivals in Spain, Freedom-Spain, as well as in Passion, Torremolinos, and Emporio, Torremolinos. As a Guest Dj, he did the main Clubs in Spain and other countries, where he could share Dj Booth with the biggests names in Dance Music in the World, from small clubs with a cutting-edge mood, to big macro-parties as, for example, in this last period is worth to mention Infinitamente Gay at the Telefonica Madrid Arena Doom on June 30th 2007, for 15000 people. His weight as a producer is unquestionable, his songs are composed and produced by himself at his own studio, and they are played by the best Djs in the World, included in their Charts, and played on air on numerous radio shows around the globe. His list of Releases is very long, in which we highlight a few: his big hit "Physical", a remix of Olivia Newton-John's classic tune; his single "I like the Old School", included in world-famous compilation "Release Yourself" by Roger Sanchez, in "Live @ Roxy III" and "I love New York", both mixed by Madonna's Official Remixer, Peter Rauhofer. We also mention his remix for Dj Disciple of "Yes", for Catch Records New York, and "Movin" for Roger Sanchez's Label, Stealth Records, and these days, his latest release with Stealth, Don't Stop, is getting high on Charts worlwide; these are the reviews about it from some of the Top Djs of the world: