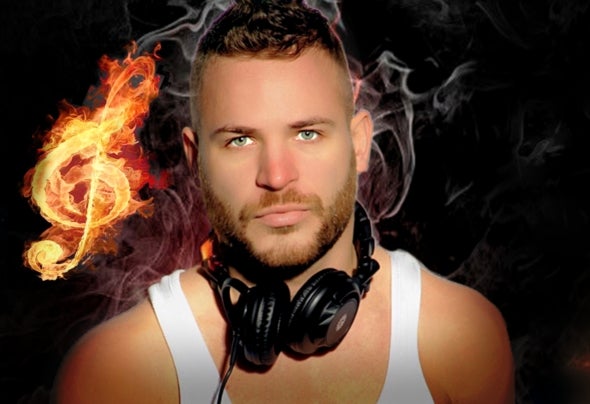 LUCAS FLAMEFLY started his professional career in 2012 when he debuted in Madrid’s main weekly gay party “KLUSTER”. But his relation with house music started way before. Due to his particular style of presenting tribal tunes, big anthems and roaring buildups in his sets, Lucas Flamey has developed a solid career in the circuit worldwide, headlining events in more than 20 countries, from New York to Sao Paulo, Mykonos to Sydney and the list goes on. Flamey is known for working with some of the biggest party labels of the circuit scene: He is an official Resident DJ of “WE PARTY” , the most sough-after global party machine based in Spain that created the main events of Madrid World Pride in 2017 ands the main party at New York World Pride in 2019, just to start with. He is also known to be one of Xlsior Mykonos’s all time favorite artists, being presented in every edition of the festival since 2015. Also, he is one of the official resident DJs of "TRUMPS" in Lisbon, a landmark club running over 38 years, having hosted in his DJ booth some of the greatest DJs of the gay scene throughout the years. Flamey is well known for his strong and powerful Tribal beats and drums intertwined with mainstream and uplifting vocals, providing a personal danceoor experience during his sets, mixing classic and heartful anthems with hair whipping moments, creating a unique atmosphere during his performance. His identity as a DJ can be felt in his music creation, having his remixes being played all over the world for some of the circuit top DJs out there.