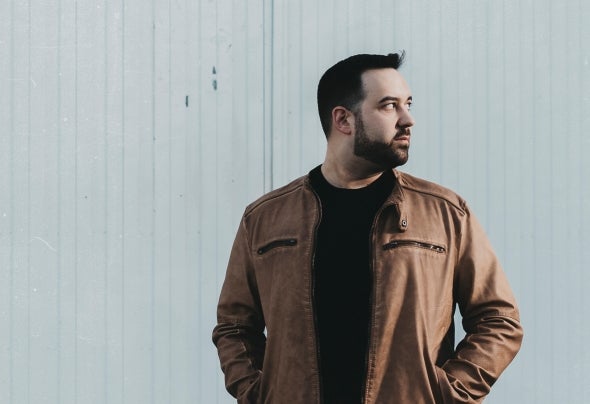 Fran was born in the eighties in Madrid. He grew up sounrrounded by legend music bands as Dire Straits, Pink Floyd or Depeche Mode, but at the same time, he was influenced by other exceptional musical genres: Funky, Jazz, Acid House and pure Electronic music among other things.  A broad range of styles and influences which ll up his musical culture from his earlies ages. This fact will be a key point during his developping as an artist. His first steps were with piano classes and music composition for nine years. That makes him to learn about the foundations of music theory. Then he swapped clasisc music for the electronic one and began to produce his own music making with synthesizers. That was the begin of multiple collaborations with awesome artists from this world. In 2002 he went into his carrer as a Dj playing high standard music sessions at clubs and discos in Spain and Europe. Each of these live events were a mix of different styles – House, Tech House, Afro House o Techno – 2008 was the year when his carrer was consolidated as electronic music producer who collaborate with artists from all around the world including living legends of the House Music such as Tom Novy, Jerry Ropero, Jesse Garcia, Eddie Amador or important vocalists on the scene as Ultra Nate, Abigail Bailey or Patricia Leidig from the chill out group Almadrava. Music His music productions have been listened around the world. ‘FLOR DE LIS’ which has reached 1 millions plays on youtube, is an example of this. Moreover, his work has been supported by artista such as Mark Knight, Marco Carola, Roger Sanchez, Erick Morillo, Eddie Amador, Jerry Ropero, Tom Novy, David Herrero or David Vendetta. He has had the opportunity to work for international record labels such as Dance Lab Records, Magna Records, Music is the Answer, Citrusonic Recordings, Roster Music, Blanco y Negro, Matinee Records, House Works o Tribal Spain.