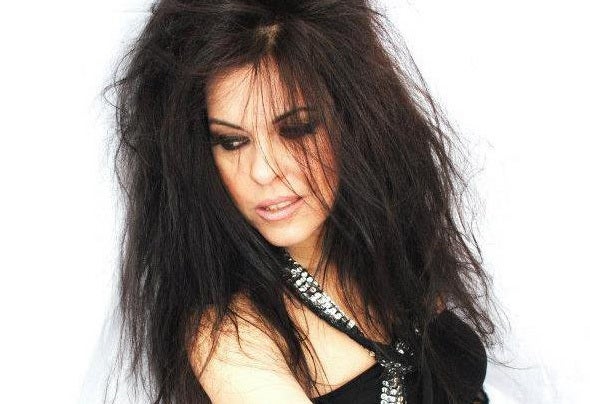 Loredana Maiuri aka Majuri is an International EDM Singer-songrwriter based in Rome. After a wide experience as backing vocalist for some shows on major TV Networks, in 2006 she decides to focus on her solo career. After creating a Myspace profile and uploading some of her demos, she starts getting the attention of several dj-producers, becoming in a short time very sought-after as vocalist-songwriter, so that in just two years she gets to deliver up to 18 singles and an increasing number of collaborations. She makes her debut in 2007 with the single “Jump” together with Cannyrok, hitting # 2 on the Juno Dance chart. A year later she’s back in the charts with “Can’t wait another day” (Relight Orchestra rmx) with producer Andrea Carissimi. The turning point comes in 2009 with the single ”A Second Chance” and the project “Second Life” by producers David Jones and DJ Satomi.The track rocks at #3 in the Beatport Progressive chart and #35 in the General for several weeks,thanks to a smashing remix by DONS. In the following years she engages in a series of collaborations with producers from all over the world (DONS, Jerry Ropero, Tom Novy, Strobe, Andrew Bennett, Gabry Ponte, Fuzzy Hair, The Promiseland, Provenzano Dj, Pain & Rossini and many more...) often supported by the likes of Bob Sinclar, Roger Sanchez, Fedde Le Grand, Denis the Menace, Markus Binabfl... Until now she has released 56 singles included in over 100 compilations on some of the most prestigious labels (Hed Kandi, Stealth, Kontor, Time, Energy) and she’s constantly at work on new productions. Her voice can also be heard in the Scavolini commercial (broadcasted on all major Italian TV and radio networks) and in several movie soundtracksShe has recently collaborated and co-wrote a track with Barbara Tucker and producer Andrea Paci. Majuri is also a well-known live performer, often requested in clubs for her HI-NRG shows and carismatic presence on stage