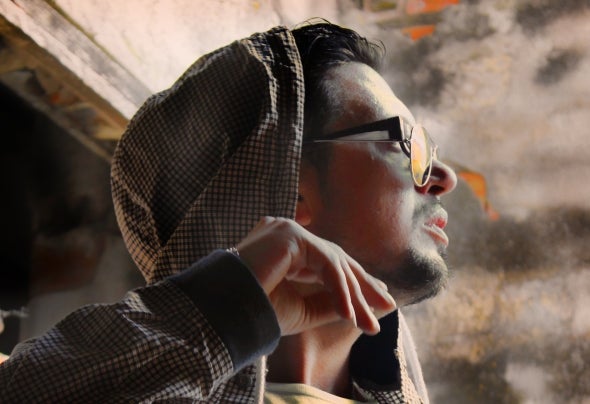 Massimo Santucci is an Italian musician that discovered in young age his passion for music. More then 10 years he played Drums staring as a Punk & Grunge- and developed to a serious Jazz-Rock drummer In the middle of the 90's he heard for the very first time Techno, Trance or Psytrance and watched artists playing music with computers and a machine called TB303. He immediately bought an ATARI 1040ST, a Mixer and a few Synth's. He was a poor guy and had no money to buy a real TB303 or TR909 so he bought the Drumstation for the typical TR808 and 909 sound, 4 303 clones, DB9, MB33, MS404 and Bassstation together with an sampler, a Juno 106 and some Korg and Roland Synthesizer. After a couple of years (1997) he was ready for the fist Live Act in the legendary Germany's Club "Die Grube" It follows (between 1999 and 2003) a few Albums, (Massimo Santucci - Al Dente & Prototyp - Phantom) a handful singles and a duzen compilation releases. In the same time he toured with hundred's of live show's all around Germany, Europe and some parts of the wold like India, Israel or Mexico. The special thing on his live acts was the live drumming incl. perc's like Djembe, Darbuka and Didgeridoo. During the next years his sound changed from Psy-, Prog-Trance to Trance, House, Prog-House, Tech-House and Techno depending on the influences and the project he worked for. During 2004 and 2014 he release around 65 releases on labels such as Armada Music NL, Bonzai Records BE, Phonokol ltd. IL, Flashover Recordings NL, Baroque Records UK, Insert Coin SP, Spinnin' Deep NL, Juicy Music USA just to name a few. He cooperated or did remixes with/for artist such as Steve Angello, Sergio D'Angelo, Andrea Love, Solomon Burke, Sergio Fernandez, Daniel Portman, Racheal Starr and a few more. Since a few year he returned back to the roots and works on his first Live Act project Analogue Dream. After a handful releases on his own label he released in the spring on Nutek America and Pharmacy Music.