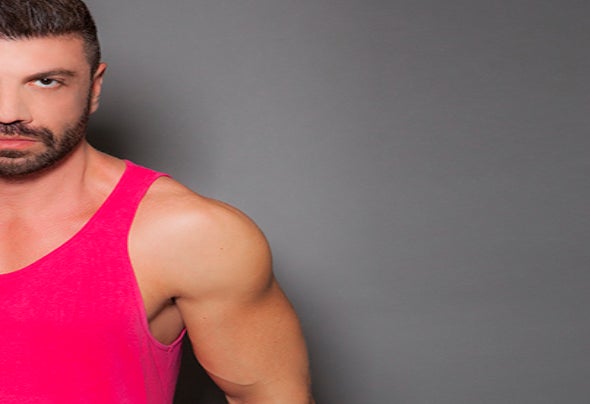 Music producer, singer & remixer, ELIOT suggests a retro modern aesthetic in music with combining sparkling analogue sounds, cinematic atmospheres, clean beats & fat bass lines with new wave-like and pop melodies. His sound is a smooth journey that fluctuates, yet retains its uniformity & balance amongst the genres. ELIOT’s uniqueness is brought forward through these emotional journeys that are not defined by the usual and customary sounds that the sentiment tends to simply match along the tune. The beat, melody, vocal line, orchestration and tempo, no longer defines the destination but rather the holistic. He has produced singles for many Greek and International artists such as Jessica 6, Natassa Bofiliou, Lia Hide, Tareq, IOTA PHI, Alex Kavvadias, morphy, Billy Rize, and also remixed tracks for AIR (Beth Hirsch), JBAG, €urocrats, Hard Ton, S’ Express, Marsheaux, Jessica 6, Erasure and many more. His remix for the single ‘Follow Me’ the project by Aeroplane and Dimitri from Paris, ‘€urocrats’, gained glorious reviews by several music blogs and sites. Dimitri from Paris has called it himself as his favorite remix of the bunch, in one of his tweets. In 2011, he was handpicked by Dance Diva Nomi Ruiz as her keyboardist and producer for her New York based band Jessica 6. Together they released the album “The ELIOT Sessions” in 2018. A critical juncture on ELIOT’s career came when he had the privilege to collaborate with one of his most inspirational vocalists, Beth Hirsch (AIR, Jakatta. D*Note), where she lent her voice on his single ‘Let the Sun Rise’. This was released in 2019 and included remixes by Mighty Mouse (UK), Hard Ton (IT), Silverhook (UK) and quiet (SE). Throughout this period, ELIOT has been producing and releasing several additional singles, covers and remixes for various record labels. Within 2022 ELIOT is to be releasing his debut 9 track album, Lotus. (Amour Records, EMI UNIVERSAL)