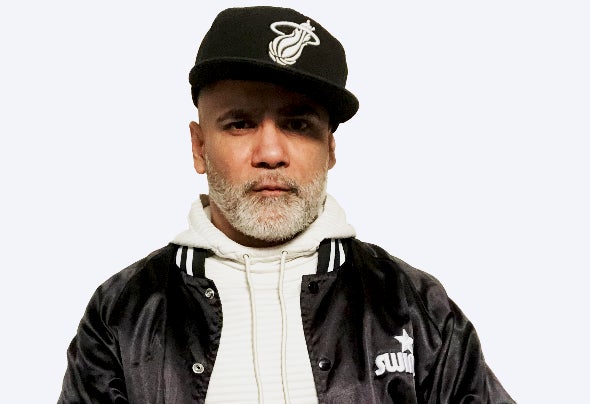 Growing up, I was always moved by music, whether it be listening to my mom play from her record collection while she cleaned on a Saturday morning, stealing my older brother's 45's and playing them while he wasn't home or making push-button tapes while listening to Red Alert play Hip Hop on New York City radio. But it wasn't until the age of 15, when I was exposed to the Underground scene by none other than DJ Roman Ricardo at the Tunnel, that I experienced a sound that I could identify with. From that point, I started listening to mixtapes and using my last dollars to buy records from the likes of Todd Terry, MAW, Frankie Knuckles and others, and started the learning process of beat making: dissecting basslines, drum patterns and just anything that caught my ear. Once out of college, even though I was still enticed by sound creation, I decided to focus more on the business side of the industry and landed a job at INDI Distribution, which had a vast catalog of Indie labels like Strictly Rhythm, Nervous Records and Henry Street that made the scene what it is today. During my time there, I went through a school of hard knocks learning the ropes on the production side from the DJ's and producers that made the very records that were heating up the club scene and was inspired to create my own music.