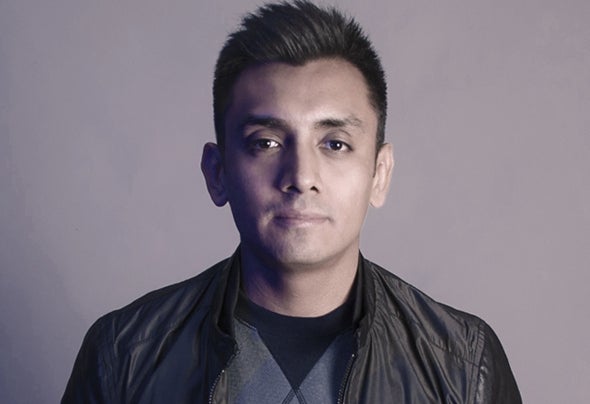 Renowned DJ and producer who has conquered the dance music scene with his great talent since his first performance at the age of 16.Along his career he has done remixes for Artists like Bingo Players, Cedric Gervais, Manuel de la Mare, Mike Cruz, X- Press 2, Hoxton Whores, and The Fish House among others, with tracks like “Rattle”, “Molly”, “Club Around The World”, “Movin’ Up”, ”Let It Slam” and “Sunrise”. All this without mentioning that he is the only Mexican producer signed in HOTFINGERS, one of the leading Tech House labels around the world owned by Manuel De La Mare, Alex Kenji and Luigi Rocca, also he is one of the few producers signed in PEAK HOUR MUSIK alongside djs like Starkillers, Bassjakers, Phunk Investigation and Mike Vale.Is worth mentioning that this young producer has shared stage with many DJ's such as Etienne Ozborne, Chris Cox, Isaac Escalante, Hector Fonseca, Zoltan Kontes, Yinon Yahel, Sharon O Love among others. He also has performances at the best international clubs and massive events like Republika one of the best parties in Brasilia, Brasil. Xavier Santos also had an stellar participation at MINIST RY OF SOUND Mexico with Mikey Gallagher, an event in which only very exclusive DJ's have been part of the line up.Xavier Santos is currently working with Isaac Escalante and they have done remixes for big Names like Tony Moran, Debby Holliday & House Heroes. Their last original single “Turn It” with the vocals of the legendary Alan T. made it to the Beatport’s Top 100 for more than 3 weeks, which is the result of the quality of their work.All this no doubt has made Xavier Santos one of the Dj's in the spotlight.