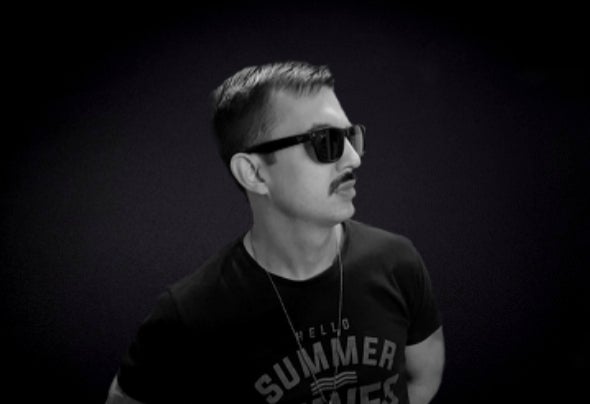 Overturned to the music from child,At the end of 90's decides to change the keyboard for the discs. It penetrates this way, in the modern world of the Djing and there begins experimenting with all kinds software that it was managing to obtain and install in its computer. Its trip starts this way by one without end of bars and clubs, overturned then to different scales of the alternative sound, hip hop and mainstream and maintaining a parallel romance with the house sound and techno - pop as source of inspiration. In 2005 knows to the DJ Ariel Gómez who impels it to get overturned directly to the electronic sounds and showing him the side more underground of the house, supported by the same one it goes becoming strong in the vernacular scene of PARAGUAY. In 2007/08 along with some companions DJs they give life to the first Radio Pop/Electrónica of the Paraguay, MIXTYK FM, 103.7, broadcasting station where it fulfilled the Director's function and also it developed its own space, RED-ALERT, transmitted till the end of 2010. In 2011 takes it poured out directly to the production. Its goal was that of generating its sound with world projection and quickly it obtains it throwing EPS of the hand of Plugin Records and Soho Beats Recording.Today with more than one decade as DJ and with the musician House like sound of head is considered to be a prop inside Paraguayan electronic circuit.