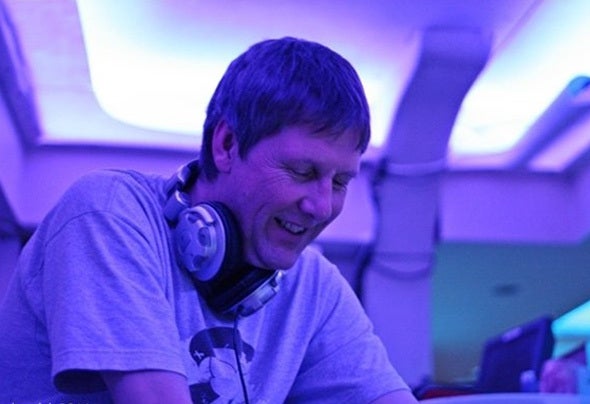 Toby Marks, the creative force behind Banco De Gaia, is one of the worlds leading exponents of globally inspired eclectic electronica. Mixing electronic and accoustic instruments and voices his work defies genre classification. He has worked with a variety of musicians ranging from legendary saxophonist Dick Parry (Pink Floyd) to Anglo-Egyptian singer Natacha Atlas and cutting edge dance producers such as Jack Dangers and Fluke. Banco De Gaia cut his teeth on the early 90s Ambient Dub compilations (a precursor of the “chill out” marketing phenomenon). In 1994 he released his first studio album Maya on Planet Dog records, which was nominated for the Mercury Music Prize on its release. It was followed in 1995 by the critically acclaimed Last Train To Lhasa. Both albums reached No1 in the UK independent charts and featured in the national album chart top 40. In the following decade Banco De Gaia released Live At Glastonbury, Big Men Cry, The Magical Sounds Of Banco De Gaia, Igizeh and You Are Here. Banco de Gaia has always been as much about performing live as recording albums and Toby Marks has never been happy to let the live show stagnate. Various permutations of humans and electronics have seen live shows ranging from him onstage alone with a lapt op t o as much as one t onne of hardware accompanied by 5 musicians, and in 2003 he decided it was time to explore the possibilites of working with video as well as music. In 2004 he took to the road with video artist Mik Findlay and together they explored issues including the environment, rights of indigineous peoples and globalisation to the delight of audiences worldwide. As a result the first Banco de Gaia video release, a DVD based on the 2004 live shows titled, not surprisingly, Two Thousand And 4, was released in June 2005 as a limited edition item only available through the website and at live shows. In 2007 Toby Marks took on the epic task of recreating a complete cover version of the classic Pink Floyd track Echoes in his own inimitable style. The result was both recorded and performed live as a full 23-minute rendition including live guitar, video and contemporary electronic trickery. This led to further cover version explorations which were released, along with reworkings of early Banco classics and over an hour of live recordings from across the years, on a double CD, Memories Dreams Reflections.