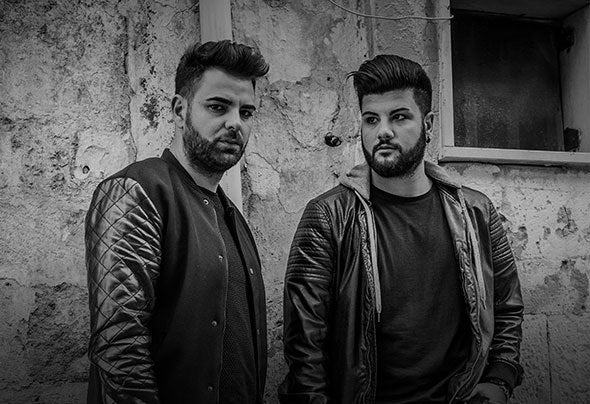 Like two brothers, with the discs and in life. Carlo Gomes and Anthony Liuzzi, both 29 yrs old, grew up together in Bari, South Italy, with the passion for house, jackin and deep music, giving life to their project B2brothers, a DJ duo that gets to merge in their own sets different and catchy sounds and rhythms.Resident DJs at Il Trappeto, night club in South Italy, they played alongside worldwide known names such as Riva Starr, Luca Agnelli, ItaloBros, The Martinez Brothers, Louie Vega, Dennis Ferrer and many others.In April released their first their first two EPs of the year: the first one, "Lost Moon" (bit.ly/2oKG6fW), out on 29th April 2017 on My Choice Recordings and the second one, "I Can't Believe" (btprt.dj/2o2HsUP), out on 24th April 2017 on Purple Sun Records.On 30th April 2017 they covered the stage of one of the most worldwide known festival, the SunBreak Malta Club MTV.