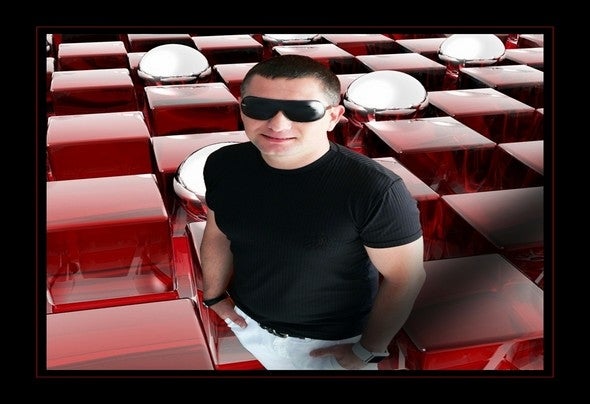 Roland Reményi (30) from the age of 12 he was interested in the disk jockey line, first was playing from casettes, later at the age of 16 met the alluring black records, and that relationship is still runing. He tries to develop his technical knowledge to a higher level, strong willpower and appreciation for the profession goes a long way. He didn’t have to wait a lot for the first residence, at the age of 17 he got the opportunity. His point of origin was in Borsod county, where he played in all the clubs in just a few years. Since 1996 he has been dealing with modern dance music, his style is tech and pumpin’ house but open to silky vocal things as well.In 1997 he entered the all-hungarian Dj-championship sponsored by GEMINI, and he won the first price.When occasion served he played in E-PLAY on Thursdays, and in the meantime he was also a resident dj in 3 spots.He created music as well; started to work with a friend, SUTA , and the result was the song DISCO BASS, wich plays part on a selection CD called STAND UP 99.This song made it to the 7th place on the chart list of channel Z+. In 2001 he had a request from Új Vár Club, since then he has been playing his sets there every week in front of a full house audience. The field trips to Ibiza had influenced the dj greatly, helped him in ways to be able to show his sophisticated personality and style in music to the audiance.He always gets an invitation to the powerful party called PARADE of BUDAPEST, he helped to invent the trailer truck called „Újvár”. In 2005, through teamwork he established a radio on the internet with modern dance music mixes, the performances are done by hungarian and foreign disc jockeys as well. Rem-C’s mixes are audiable at several different radiostations. In 2006 with his brother, Gábor Reményi set up his own studio,where almost anything can be accomplished. His confession of music has changed nothing on the experience of successful past years:"Forth demonstrative electronical dancemusic!”