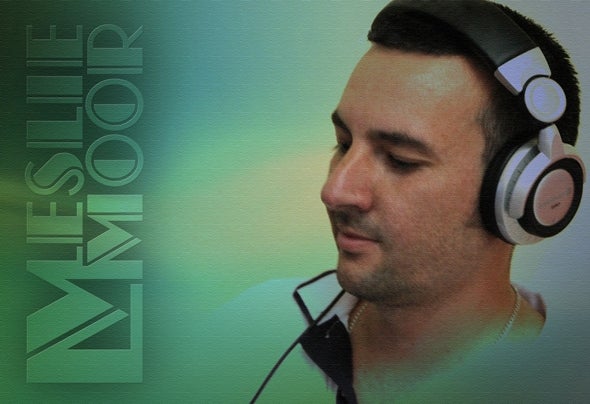 My real name is Laszlo Tamas Nagy and I was born in Hungary in 1981. My friends and my colleagues in the music business know me as Moó aka. Leslie Moor.The love of music follows me since my teenage years. I started to show interest about electronic music around 1994 and that was the time when I began to use the appropriate software’s (Magix Music Maker, E-jay, etc) for slicing, dicing, chopping and mixing music on a beginners level.By now I developed a great knowledge about electronic music professionals. My collection includes tracks from the end of the 90s all the way to the latest ones, stuff you’ll hear today or maybe tomorrow.I wondered into the magical world of creating my own music around 2004, I learned how to mix two tracks together, how to deal with two different styles in one set and how to build up a longer gig. During this process I’ve developed my own distinctive style, which builds around Progressive House, Deep & Dark Progressive, Progressive Trance, and later by following the latest trends in music I picked up on styles like Deep House and Tech House as well.I believe my musical taste was influenced by the parties I hanged out in when I was younger, the listening to series like GU, Renaissance and NuBreed and of course the infinite need of looking up the latest and best tracks from all over the world. The people who influenced my work the most and I look up to as role models are Sasha, John Digweed, Nick Warren, Danny Tenaglia, Dave Seaman, Deep Dish, Hernan Cattaneo, Matthew Dekay, Lee Burridge, Danny Howells, Gabriel & Dresden, Sander Kleinenberg and many more.My love for music blossomed when I’ve began to explore the endless opportunities what the software Ableton Live had to offer. That is my weapon of choice to create my own music!