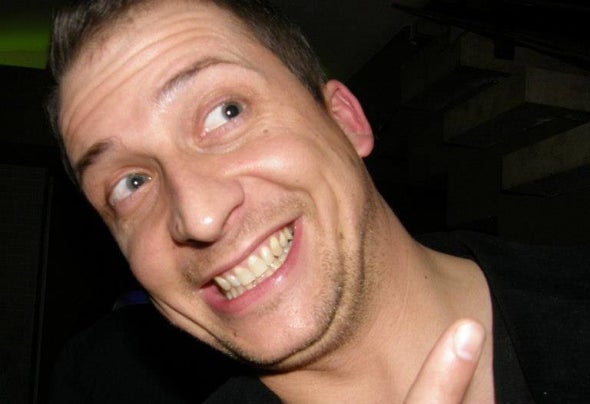 Kevin Saw - Saw Balazs in Budapest in 1981Like almost every DJ he also had some kind of musical experience beforeDJ standing behind the counter. I am not exaggerating when I say say they have been fed by embryo age music. His mother played her saxophone .Entering footsteps , age 14 , tenor horn played a small-town band for 2 years.Later came the disco era , when a cross from the House music in Hungary , had already been aged fascination for electronic music .The Lake and the Budapest underground clubs bulijain , party photographer, and PPeople at first started in the underground music styles from the summaries and the possibility of taking advantage of any foreign celebrity DJ bulijain released . Soon you can understand the style which represents the present day. ( Progressive House ) 2005thIn 2007, before it was possible that the domestic leading quality dailiesgig of showing himself as a warm up DJ Chirss it.Later, Jay lumen , Snake Sedrick , etc. .This was followed by several events . Smaller , more clubs ( Bahnhof Music Club , Sports Club, Dunlop Caffe Bar , etc Bábolna, Székesfehérvár, Before , Cosa Nostra , etc.).As a resident and as the host country of the Cosa Nostra Club was directed by the parties , nearly one year , thus introduced into the region of electronic music.2008 officially launched the Sawproduction is !A number of events such as : before ( since the parties . ) As of 2011, standing at the head of the Agency sawproduction Dj Deep Associated Levi and his colleagues launched the Newave online radio show. 1.5 years echelons of the Prime FM , and later the Hungarian online radio topjánál the JUST MUSIC.FM on . Currently, you can hear Vasárnaponkét PM show : 16:00 h - 18 : 00h to2012 was a productive year and a producer for the series and getting to know Before radio .Appearance of her composition 2 ( Beatport Exclusive) Wireless actions ( Justmusic.fm ) ( Real Radio ) ( Primefm ) (Lounge Radio) (Radio DJ Marathon Face )Regional radio interview ( MR6 ) . Pécs . www.sawproduction.com as the founder was the inspiration to do something for a good cause , for others, the Hungarian talent !In Hungary, a lot of young talented DJ , Producer hiding, who are not in the public consciousness.T hus formed the SawProduction . Which is 100% up to Hungary talented young electronic music orbit , szerzeménymegosztó portal ! Producers and DJs Booking site of .In the face behind the work and made you want to help , do reputation for its emerging talents.Was responsible for organizing a number of events in the history sawproduction where many Dj Membercould show himself in front of the live audience!Current goal is to guys in the team manage crafted works . The Home Producer's works convey to appropriate publishers .The radio host and co-ordinate their SawProductiont .It is safe to say his life from the beginning of the music will accompany the end.DJ, Producer, Manager , Agency Leader . and who knows what the future will bring!