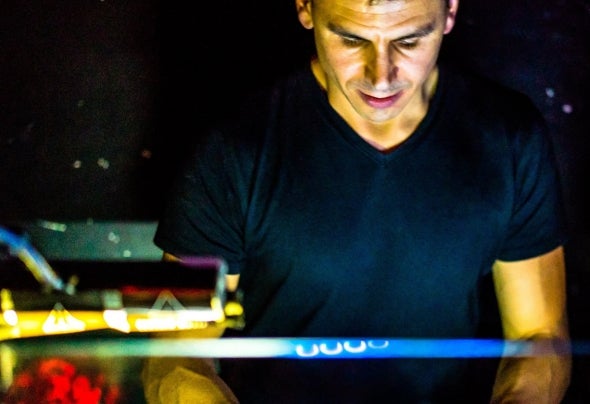 Ioan Gamboa is a Spanish electronic music producer who has settled his studio in Berlin, where he is absorbing, at first hand, the flowing energy of this rocking city.While searching the way to improve his past productions, his creations got the support of Hernan Cattaneo with a release on Sudbeat label: ‘Spiral EP’, which was also honored with a powerful remix by Cattaneo and Soundexile of the track that named the EP.Since then, releases have came out in labels alike, near to the sounds and style he really wants to achieve. These latest releases have been supported and charted by artists like Hernan Cattaneo (Sudbeat/Renaissance), John Digweed (Bedrock) Henry Saiz (Reinassance/Natura Sonoris) or Nick Warren (Hope records).In 2014 Ioan released his first album "Vibrations" which had great impact both in specialized media and in between his dj/producer fellows. leading him to receive several nominations and awards in his native country, one of then was album of the year in Djmag magazine (Spanish edition)Along his musical journey, he has had the honor of perform along side Petar Dundov, Vince Watson, Guy Gerber, Guy J and many other big payer in the gameThe live show done by Ioan is all about breaking up his tracks in small pieces to finally create a “live musical puzzle”. His powerful live set, as well as his own productions, have led him to play all over the world in festivals like Sonar Festival (Barcelona) or Klubbers day (Madrid), and crazy parties in Japan, Germany, UK or Argentina.Melody and raw Power are words always linked to this artist