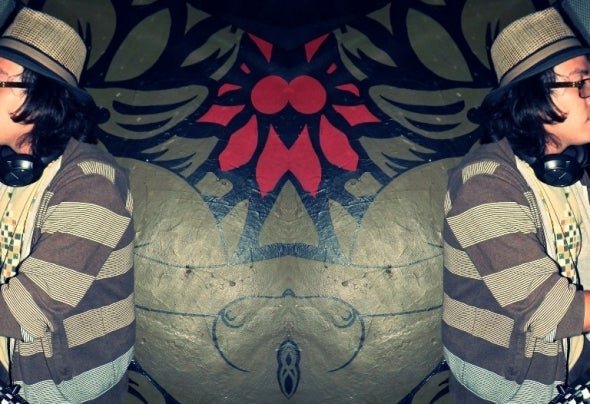 I would begin with the first song that came out for sale by means of Istmo Music, called Visions of You, which we made along wit h Francis Davila when I was 18 and came to have Paul Van Dyk ́s support, who was at that moment someone I admired very much. This work opened doors I never dreamed existed and came so easy and naturally. It was the turning point after which I've become more confident with creating something unique and experimenting with the human relationship withego.Another meaningful song would be Sokaribe, which was created with collaboration of Armin Van Buuren's dutch label, Armada Music, and Roger Shah's Shah Music. However, this production didn't give me what I searched for in it so I stopped creating "mainstream music", I retreated into another world and found other passionate, emotional musical influences, which was followed by music more conscious of what was really inside me. I continued to create music for 3 years and what I made became my first album; Simetría de Sosiego. This is an eclectic reflection of myself, a mixture of simetrical emotions exposed. It's a cosmic, geometric journey about my ideal.Making music with other people (Santiago Niño, Isabel Canjura & Chiri Silva) is one of the most pleasant experiences; it's an unspoken understanding that recreat es communicat ion t hrough never ending vibrations and a fractal background. When you make music without a purpose other than creating something real marvels emerge. This is reflected int he Indigo Children Proyect (Sant iago Niño & Chiri Silva) since each piece has become and anthem for us and a bond between us. Likewise, Lotum Proyect (Santiago Niño and me) is an introspective journey and a fusion between melancholy and the understanding of cosmos and its mysterious infinity. The most recent project is Intrastella (Isabel Canjura, Santiago Niño and me) and the meaning of this relationship for my life is about to be unveiled, but the mere contact has left musical footprints in both my conscious and my subconscious mind that still blow my mind. With Intrastella we've recreated imaginary beings (Armonicornio) that live between dimensions creating harmonic sounds and taking us into a fantastic journey beyond existence.I think that what I have to offer to the world is my meta-existential view point, and it has been a key factor to creating my music, which is something I hope I can continue to do for the rest of my life. There is no treasure more precious to me than the freedom to be myself, gift given to me by music.