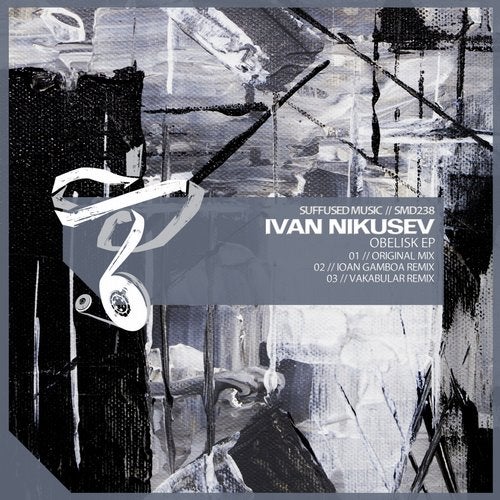 Welcoming a new artist to the roster, Suffused Music shines a spotlight on Macedonian, Ivan Nikusev, an artist who has appeared on some of the finest underground imprints with his classic progressive house sound.

With his work featured on Perfecto, Mistique Music and John 00 Fleming's JOOF and supported by the likes of Paul Oakenfold, Hernan Cattaneo and Fleming himself, Nikusev has created a body of work that finds him firmly at the industry's top table. Moreover, as the artist responsible for founding OLD SQL, one of the leading underground labels, Nikusev has created a blue-chip vehicle for a century of his own production credits plus an artist roster that reads like the 'Who's Who' of underground dance over the past 8 years. Now debuting on Suffused Music, "Obelisk" immediately hits the listener with its chest-thumping kick and off-beat percussion. Adding a bass that locks tightly to the rhythmic section, a glorious array of pads and textures filter into sonic range in perfect harmony. Building effortlessly, a glorious array of arpeggios supply dynamism into the breakdown before lifting the energy into the third movement with a flair and brio that is characteristic of Nikusev's work.

Spanish born but now firmly ensconced in his adopted Berlin home, Ioan Gamboa has made a sizeable impression operating out of his studio in the German capital. Previously working under a number of aliases, his debut under the Ioan Gamboa moniker saw him release the "Spiral / Hope" EP on Hernan Cattaneo's Sudbeat in May 2011 before going on to feature on Cid Inc's Replug, Henry Saiz's Natura Sonoris and his own Madberlin imprint. Some 50 production credits for Particles tells a further story of the Spaniard's success. Another Suffused Music debutant, the Ioan Gamboa remix takes "Obelisk" on a bouncing bassline voyage with a shuffling percussive hats and heavy beat adding dynamism. Exploding into life at the mid-point, a searing lead cuts through the mix like an acetylene torch, while a glittering arpeggio at the breakdown resonates with Nikusev's original before a softer reprise provides the perfect antidote for the closing movement.

A successful DJ in his home in Ko Pha-ngan off the Gulf of Thailand, Vakabular's production career has seen over a century of production credits find favour with Stan Kolev and Matan Caspi's Outta Limits, Nikusev's OLD SQL and his own Hollystone Records, plus a plethora of other imprints. A regular on Suffused Music over 2018, February's "Quarantine" EP marked a strong debut while October's "Endless" continued with a striking triptych. A pair of remixes for Dimuth K and Rick Pier O'Neil is now followed by a third as Vakabular immediately takes on the themes of "Obelisk" by recreating the central "Blade Runner" arpeggio as a dynamic and rolling bassline that serves as a foundation for a shimmering array of white-noise effects as incidental motifs. Appearing at a higher octave, the central arpeggio makes its play again at the mid-point to create a strong tie to Nikusev's original. Vakabular's skill is to create a new and vibrant take on the track original.

Ivan Nikusev's "Obelisk" has created a strong foundation from which Ioan Gamboa and Vakabular have created a new monument.