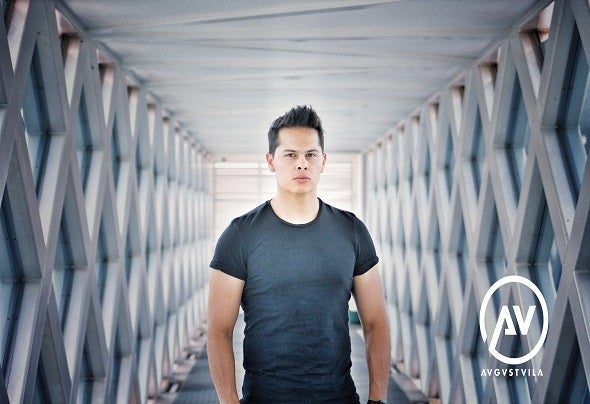 August Vila is actually derivate from the name Cesar Zumbado Davila.August, was born in January 6th, 1987 in a town named San Jose which is the capital of Republic of Costa Rica.His artistic history is actually quite confusing because as a little boy he never considers himself as a music lover for any particular genre; instead his interest was more focused on sports, specifically in soccer.It was only when he started to grow up by the age of eighteen that he began to get interested in music, but he discover his real passion when he discovered the Trance, a very particular genre of electronic music. His inspiration came from great artist like Tiesto, Armin Van Buuren and some others.At this point he had gotten an unexpected turn in his live so important that made he decided start looking for possibilities to start developing his own Trance creations.By the beginning of the year 2006,August started to complete his first musical projects, but not yet to publish them, he only share those creations with family and friends. Suddenly by the year 2008, his dreams came true when he published his first two tracks for sale on one of the most popular music stores online.In 2009, with his short road traveled as a DJ and producer joins the Collective Euphoria and signed your first EP with Bonzai Records and Istmo Music.In 2011 August receive support t from big names like Tiesto, Armin Van Buuren, and many more.From 2012-2013, August career takes more professionalism revealing great tracks, which already have a style that describes it. Now with more defined style manages to be in the best labels in the trance scene such as Black Hole Recordings, Fraction Records, among others. The music that is characterized by August Vila these dark hues, with a large low pairs well penetrating melodies created.Currently still enjoyed support from the biggest names in trance music and their respective ASOT radio show for example, the best globally known.In future expected and define climbing positions and defined between the tops of the scene.