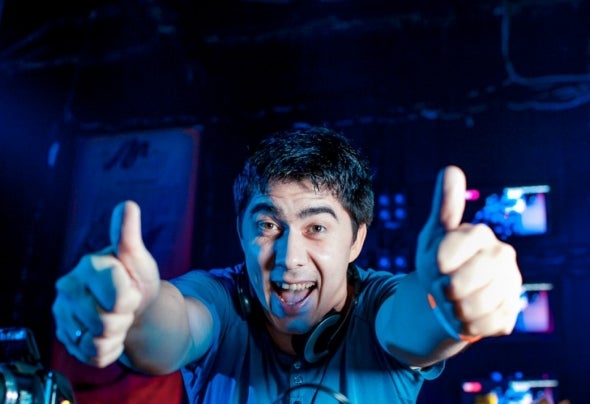 Ilnaz Tarkhanov, also known under the alias CRAMP, started his career in 2005 as a member of project Neoblizz. Neoblizz popularity spanned Russia and Europe, and also featured his creative partner Anton Firtich. Under aliases of Neoblizz and Ultrashockers the members regularly released tracks on “DeepBlue Records”, and Ferry Corsten’s “Flashover Recordings”. Inevitably, the members split to follow their own creative paths and start solo projects. Today, Cramp is the one of the most sought-after and talented musicians in Eastern Europe – with a global reputation and following. By choosing progressive house and progressive trance as the main musical directions, Ilnaz has started to write tracks and remixes literally one by one. Crucially, this has meant that his output not only receives local acclaim, but also commands airtime on world-famous radio stations and media outlets. Many Cramp tracks became classics of the Russian and European trance scene. The track “Deadline”was included in American DJ Markus Schulz’s “Armada At Ibiza” compilation, and has been nominated for the Global Selection award in Marcus’s world-famous radio show “Global DJ Broadcast”. The track"Out of your System”, as well as his remixes of work by other producers – including Anton Firtich, Eleven Five, EDU, Poshout, Ilya Soloviev and others - features in the track lists of giants of progressive-trance scene such as Above and Beyond, Armin Van Buuren, Tiesto, Markus Schulz, Paul Van Dyk - testament, if any were needed, as to the quality of CRAMP’s creative genius. A producer that seems to going from strength to strength right now, Russia’s Cramp has caused an almighty buzz with his latest track – ‘RU116’. Debuted by Above & Beyond at ASOT 500 at Den Bosch, speculation about who was behind the mysterious, then unknown, ‘RU116’ flooded the message boards as fans were swept up by its infectious, powerful groove and spine-tingling melodies. A classy future trancer, ‘RU116’ keeps it simple but devastatingly effect – a quality club groove, a beautifully melodic breakdown and a drop that wraps them together perfectly for club devastation. In 3 days 'RU116' has been massivly supported by the all top DJs and in one week after the  release it was reached the 3rd position on Beatport Top 10 Trance Chart. The work of Ilnaz Tarkhanov is released on the most prestigious and authoritative of music labels, their names already brands and synonyms of popularity and innovation:  Anjunabeats, Armada Music, Coldharbour Recordings, Premier, Flashover, High Contrast, Dangerbox Recordings and many more.  No surprise that Cramp’s tracks are regularly supported by top world DJs : Above and Beyond, Armin Van Buuren, Markus Schulz, Paul Van Dyk, Jon O’Bir and get into the best compilations. In parallel with solo creative work, Ilnaz Tarkhanov produces remixes of tracks by other interesting and emerging musicians, which find their own fans both on the radio and on the dancefloors. The creative genius of Ilnaz provides a unique insight into the direction and development of the global dancefloor scene, and this is the future vision for Ilnaz Tarkhanov with 100% clarity - mass tours, world fame and a wealth of furious essential tracks.