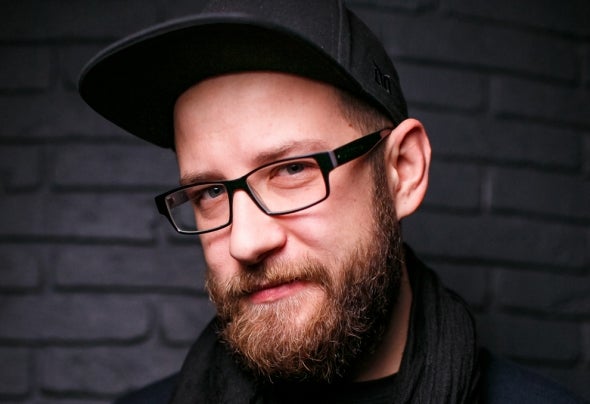 Embracing the modern with his emphasis on continuity and harmony, Hasan describes his music as “bringing out the familiar in human condition, filing smoothly through the crude in the modern state to let common, yet individual sensations reverberate in people.”.Born in Bobingen, Hasan Mogol’s childhood was imbued with the rapidly transforming face of Germany after its reunification. His fascination in electronic music as a venue of self-expression has been deeply rooted in the hyperbolic consciousness of transition and modern overhaul of Germany. His initiation with hip- hop and electronic sounds was through his elder brothers; music in general and specifically electronica has been his paramount interest ever since.Hasan Mogol began to appear on stage at Jugendzentrum club of his hometown at the age of fourteen with his mixes of contemporary hip-hop sounds. His decision to relocate to Turkey in 2001 for formal educational purposes would later on prove to be an artistically enriching experience as he acquainted himself with the rather oriental beats, which are profoundly harmonic and enchanting.Hasan Mogol’s professional debut was at the Burn DJ and Producer Contest in 2005. He won the first place by getting the most votes from Ankara, his new hometown, among the other contestants from the most prevalent cities in Turkey in the electronic scene, namely, Istanbul, Izmir, and Eskisehir.He has played as the resident DJ in prominent clubs of Turkey. So much as the Turkish electronic music community appraises him, Hasan Mogol never lost his interest to venture out and share his music in the international scene.In the same year, he was incorporated into the Timeless-Beatz Agency, which aims to congregate the up and coming sounds and electronic music artists of Southern Germany. Ever since, his interest in music is slanted more towards production. Upon inquiry, he comments, “I wanted to produce and create my own tunes because it is more creatively challenging and self-explanatory than performing as a DJ. The DJ’ing scene inarguably has its perks and its rush, but I find writing music to be more demanding and artistically beneficial; playing and mixing my own music while I am performing is the icing on top.”