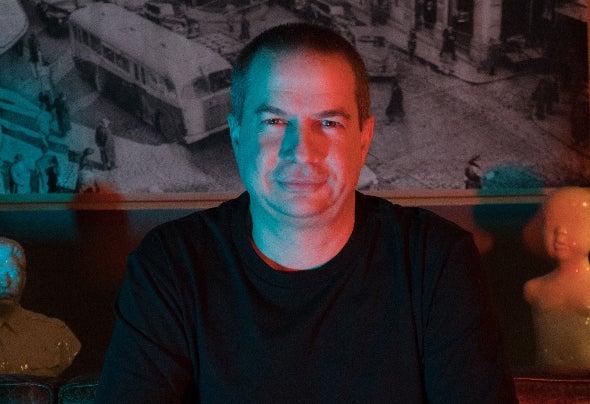 With a love for music and technology, the decision to pursue a career in electronic music was not too difficult. Applying it in a traditional society, however, was the challenge. Uncuoglu's career took a professional turn when his success at Hadigari caught the attention of the owner of Pasha Istanbul and he was immediately recruited to the club. Before long, his name became simultaneous with Pasha as he transformed the club's music scene to match that of the best in Europe.His ever-increasing urge to become a professional DJ and producer, took Uncuoglu to what was then the heart of electronic music, London. During the day, he studied sound engineering and production at London's Media Productions. At night, he conducted field research in London's legendary clubs.While there, he met international producers including Marshall Jefferson (Chicago) and BAM BAM (Chicago) and worked as their engineers at various studios.It was not long before he was DJ'ing in exclusive parties and local clubs.Upon his return to Istanbul in 1994, he embarked upon multiple projects. Consequently, he was recruited as the resident DJ at Club 2019, Istanbul's first and legendary underground club. Simultaneously, Uncuoglu embarked on his most memorable project, the co-founding of Radio 2019, the first electronic music radio station in Turkey.Thus, the first steps towards placing Istanbul on club culture's international map were taken.Uncuoglu has been the resident DJ at 7th House and Switch, the top two clubs in Istanbul, not to mention headlining the biggest festivals all around Turkey.