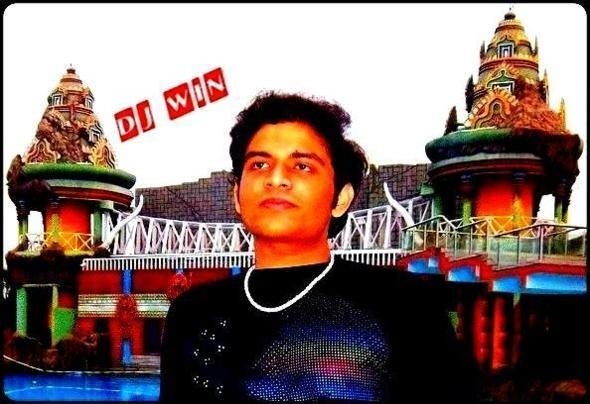 DJ Win from India born on 28th june,1991 is a young Dj and producer of House,Tech-house,Minimal Techno and Techno. At the age of 8 his inherent interest towards music and technology made him to do an early attempt to produce and record sounds using an analog tape recorder,toy keyboard and a microphone which were given as a birthday gift by his dad.Later on at the age of 10 he started learning western classical keyboard,indian classical vocals and some traditional indian instruments.Due to his love towards electronic dance music he pursued professional courses on Music production,Audio Engineering and Djing.He produces tracks with bouncy house and techno beats with catchy melody riffs, powerful basslines and groovy traditional percussions.His dedication and hardwork helped him to produce electronic music which is being supported by music lovers,radios and Djs worldwide. At a young age of 18 he entered Indian film industry as an audio engineer.In 2012 he signed with popular and established record labels like LAD Records(Portugal),Code2 Records(Germany),Big mama’s house records(Germany),Beach music/beat tech records(Colombia) and TNG Records(England).As an upcoming producer and Dj he strongly believes that his dance music brings people together and spreads happiness.